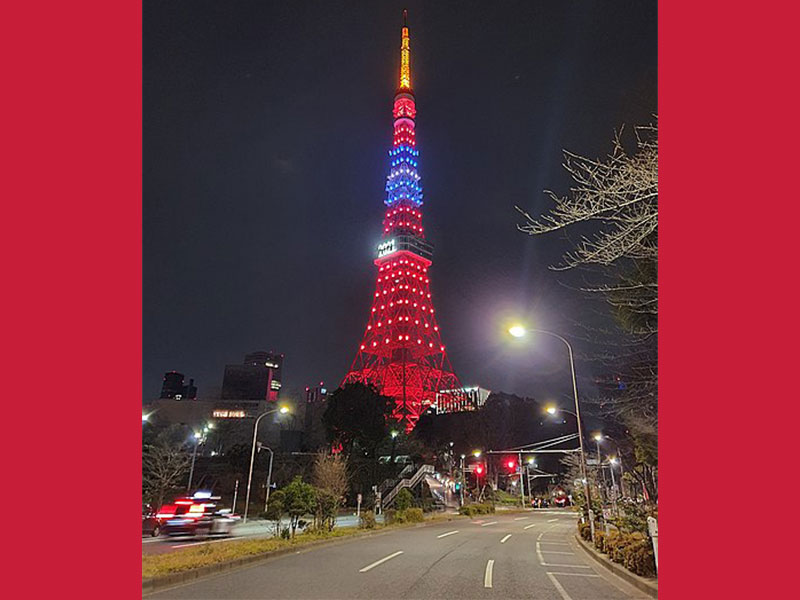 Taiwan-Japan Relationship
Tokyo Tower lit up with Taiwan's national colors, to celebrate the friendship between Japan and Taiwan. Photo by Syced via Wikimedia Creative Commons

Taipei/Tokyo: A 2021 survey has shown 75.9 percent of Japanese said they felt “close” to Taiwan, while 64.8 percent believed Taiwan to be “trustworthy,” the Taipei Economic and Cultural Representative Office (TECRO) in Japan announced on Thursday.

The survey was titled as “Awareness Survey Report on Taiwan".

Most of those who reported feeling close to Taiwan said they felt the Taiwanese are “kind and friendly;” other major reasons include the two countries’ “long history of exchange,” and “strong economic ties,” according to the report, Taiwan News reported.

However, only 26.4 percent of respondents actually visited Taiwan; 47.8 percent said they would like to after the pandemic ends, the newspaper reported.

Meanwhile, 46.6 percent of respondents felt closest to Taiwan out of all Asian countries; only three percent felt close to China, the newspaper reported.