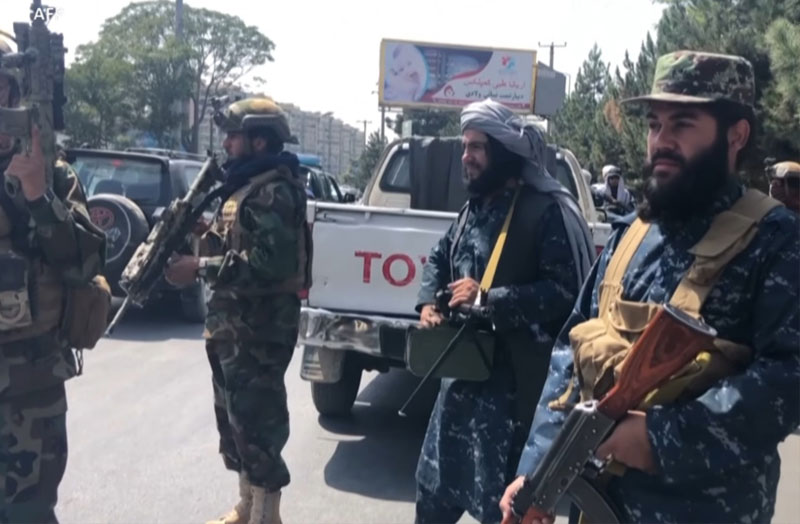 Kabul: An eye-witness has said Taliban insurgents stormed an apartment in Kabul, smashing the door in and arresting a woman rights activist and her three sisters.

A Taliban statement appeared to blame the incident on a recent women’s protest, saying insulting Afghan values will no longer be tolerated, reported American news agency, The News International reported.

The activist, Tamana Zaryabi Paryani, was among about 25 women who took part in an anti-Taliban protest on Sunday against the compulsory Islamic headscarf, or hijab, for women, the newspaper reported.

A person from the neighbourhood who witnessed the arrest told the newspaper that about 10 armed men, claiming to be from the Taliban intelligence department, carried out the raid on Wednesday night.

“Help please, the Taliban have come to our home. Only my sisters are home,” she is heard saying in the footage. There are other female voices in the background, crying. “I can’t open the door. Please help!”

The footage from the scene on Thursday showed the apartment’s front door, made of metal and painted reddish brown, dented and left slightly ajar.

The occupants of a neighboring apartment ran inside their home, not wanting to talk to reporters.

An outer security door of steel slats was shut and padlocked, making it impossible to enter Paryani’s apartment, the Pakistani newspaper reported.