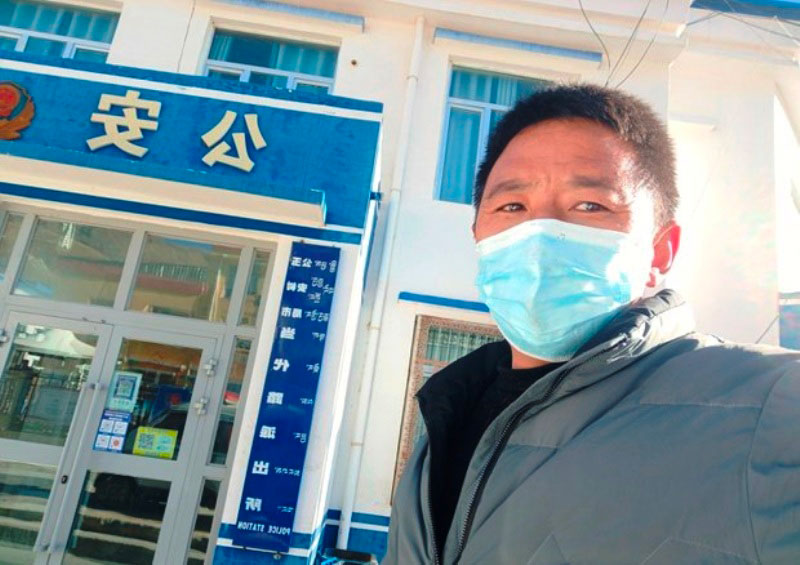 A Tibetan activist is speaking out against language restrictions after he spent five years in prison for discussing the matter with the Western media, media reports said.

Tashi Wangchuk, a resident of Yulshul municipality in western China’s Qinghai province, was released on Jan. 28, 2021, after completing a prison term for “inciting separatism” and is now subject to near-constant monitoring by authorities, reports Radio Free Asia (RFA).

Wangchuk, who is around 35 years of age, called this month on Chinese authorities to allow the use of Tibetan in schools, government jobs and other sectors of Tibetan public life, but was summoned and questioned on Jan 17 by local police, the language rights advocate said on his social media Weibo account next day.

“One of the questions I was asked under interrogation was who had given me the responsibility to advocate for use of the Tibetan language,” Wangchuk was quoted as saying by RFA.

“I think that the officials in Yulshul city and the police bureau are just using their power to stop the public from addressing these problems and advocating for the use of their own language," the activist said.

“This is how the Tibetan language has been endangered, and this is how I am raising awareness among government officials of the language rights guaranteed by the Constitution of the People’s Republic of China,” he said.

On his Weibo account on Jan 3, the activist said with no exams allowed in the Tibetan language for Tibetans applying for government jobs, young Tibetans have no choice but to study Chinese in their schools and ignore their own language.

“The situation has become so bad that some of them later can’t even read or write in Tibetan,” he said.

Wangdhen Kyab — a senior researcher at London-based Tibet Watch — told RFA that it had once been required that officials in government offices in Tibet learn and understand the Tibetan language.

“But now the situation has completely changed, and the Tibetan language has become increasingly marginalized under China’s so-called Bilingual Education Policy,” he said.