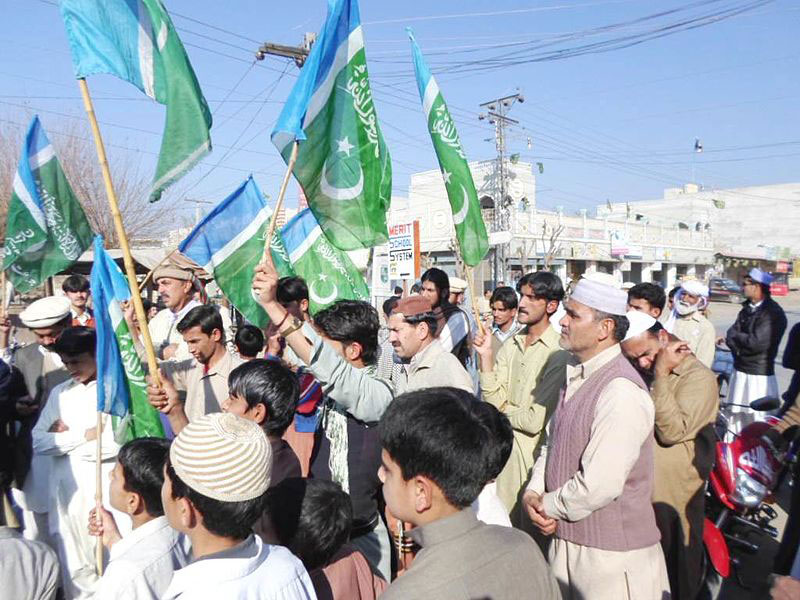 Islamabad: The Jamaat-i-Islami (JI) on Tuesday announced the launch of a country-wide protest movement to press the Pakistani government for taking back the mini-budget it recently bulldozed through the National Assembly.

“We will hold 100 sit-ins in all the major cities before staging the final sit-in in Islamabad,” announced the JI Emir Sirajul at a press conference here at Mansoora on Tuesday as quoted by The Dawn.

He said the schedule of the movement will be announced in three days.

He also demanded the removal of the State Bank of Pakistan (SBP) governor and elimination of the interest-based economy in the country.

Sirajul demanded the government should reduce the basic food prices by 50 percent or get ready to face the people’s wrath in Islamabad.

He said the JI's sit-in in the federal capital will prove to be the (proverbial) last nail in the ruling Pakistan Tehreek-e-Insaf (PTI)’s coffin.