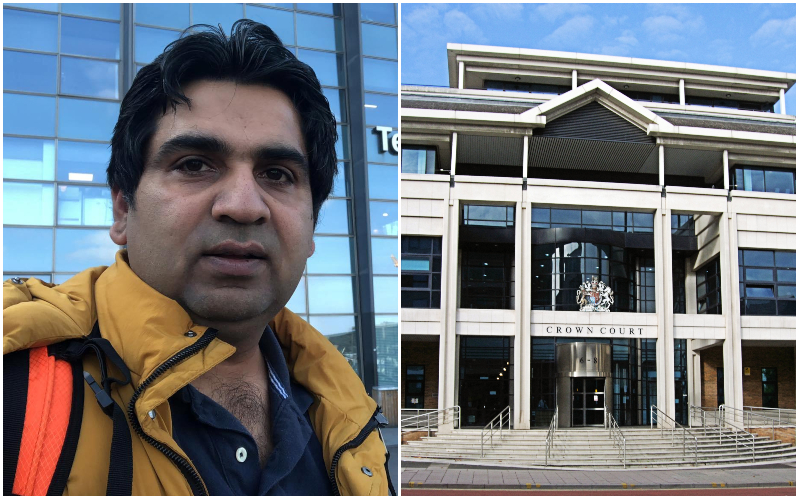 PakistaniBloggerMurderPlot
Caption: Image of Ahmad Waqass Goraya in left, from his Facebook profile, and photo of Kingston Crown Court in right, by Jim Linwood on Flickr via Wikimedia Creative Commons

London: A man has gone on trial in the UK after he was accused of plotting to kill a blogger from Pakistan who is living in the Netherlands, media reports said on Friday.

A court heard that 31-year-old Muhammad Gohir Khan was hired as a "hitman" by figures said to be based in Pakistan, reports BBC.

He was arrested last June.

He  pleaded not guilty to conspiracy to murder.

Kingston Crown Court heard that Goraya, who was living in Rotterdam at the time, "was known for speaking out against the activities of the Pakistani government and appears to have been targeted for that reason".

The jury was told that Khan, a supermarket worker from East London, was heavily in debt - with the prosecution alleging he reacted "enthusiastically" to a proposal by a man named only as "MudZ" to kill the Pakistani political activist in exchange for £100,000 ($137,311).

Leading the prosecution, Alison Morgan QC, was quoted as saying by BBC in December 2018 Goraya had received information from the FBI that he was on a "kill list" and that he had received threats online and in person, some of which he believed "were being orchestrated by ISI (Inter-Services Intelligence)", Pakistan's intelligence agency.