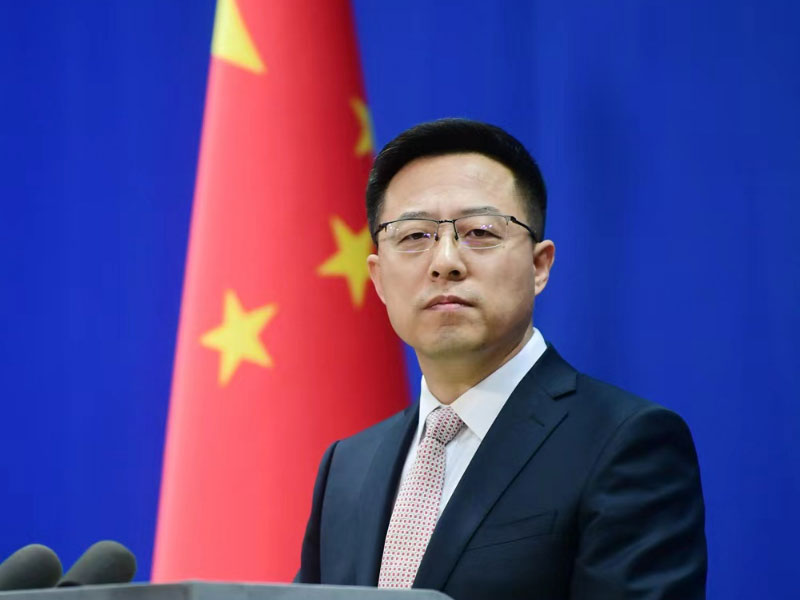 Beijing: China on Friday said it is opposed to the Japanese side’s "unilateral" decision to discharge the nuclear-contaminated water into the sea and their proceeding with the preparatory work.

"The work of the IAEA technical working group on the handling of the nuclear-contaminated water from Fukushima is still ongoing," he said.

"In total disregard of the legitimate and reasonable concern of the international community, the Japanese side only continues to proceed with the preparations for the discharge both policy-wise and technology-wise," Zhao Lijian said.

"Obviously, it wants to impose its wrong decision on the entire international community, and it is all the littoral countries of the Pacific Ocean that will have to take the risk for such a move," he added.

"The Japanese side is extremely irresponsible in doing so," he said.

The Chinese spokesperson said, "Over the past eight months, Japan has constantly tried to defend the decision to discharge the nuclear-contaminated water into the sea, claiming the discharge is safe."

He further said the handling of the nuclear-contaminated water from Fukushima is never Japan’s private matter.

"Instead, it bears on the marine environment and public health of the whole world. Japan should heed and respond to the appeals of neighboring countries and the international community, and rescind the wrong decision of dumping the water into the sea," said Zhao Lijian, adding that "it mustn’t wantonly start the ocean discharge before reaching consensus with stakeholders and relevant international institutions through full consultation."