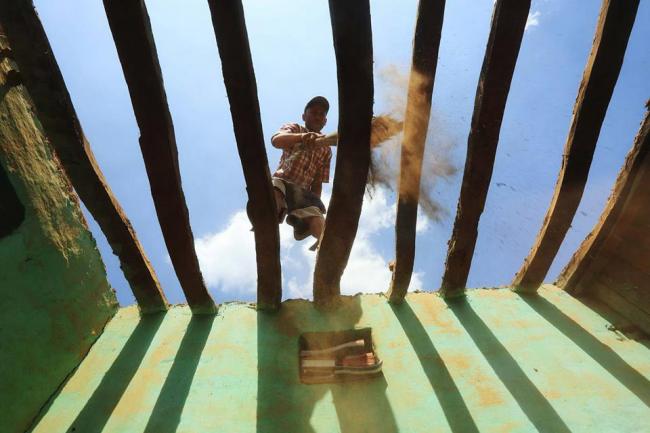 India Blooms News Service | | 07 May 2015, 08:47 am
#Nepal: UN labour agency set to ramp up operations in quake-hit country
New York, May 7 (IBNS): The devastating earthquake that hit Nepal two weeks ago is expected to impact one third of the countryâ€™s labour force, the Kathmandu office of the United Nations agency mandated to promote jobs and workplace rights worldwide warned on Wednesday.

“We are more than ready to kick-start all the emergency works,” said Jose Assalino, Director of the International Labour Organization (ILO) office in Kathmandu.

“We will build on existing progress. We have been working [in the country]. Employment and social protection is part of the priority number one of the [ILO] country-program signed with Nepal in 2013,” he added.

Assalino said that the agency has been working on national employment policy and social security law in Nepal prior to the earthquake and has stayed active during the early recovery period.

The country’s ILO office will stay committed to responding to whatever work lies ahead.

Currently, the ILO has programmes in partnership with the Government and the World Bank in 33 districts of Nepal. These districts include all those that were most affected by the earthquake.

“The ILO is working to give jobs to the people, in all those districts, to work on a permanent basis,” Assalino said in his message.

He added, “This gives us a very good platform to build the concrete actions that you want to do now to respond to the situation.”

The work is more than “just short-term cash for work,” he said. The ILO’s efforts are also focused on the long-term, which means that successes will last based on a comprehensive maintenance program and better training.

This will require the deep involvement of the Government at the national level and local level. He also emphasized the importance of ensuring sustainability and strong basis to upgrade activities.

“We need those local administrations so it’s not something isolated in the field, an agency deploying a couple of staff to do some work in the field, we are fully integrated in the government system and this puts us in a position that I can tell you nobody else has in Nepal in this moment,” he said.

On 25 April, a 7.8 magnitude earthquake shook Nepal, killing thousands while limiting access to food and leaving some 3.5 million in need of food assistance.

An estimated 8 million people across the country’s Western and Central Regions are affected by the disaster, including its largest cities, Kathmandu and Pokhara.