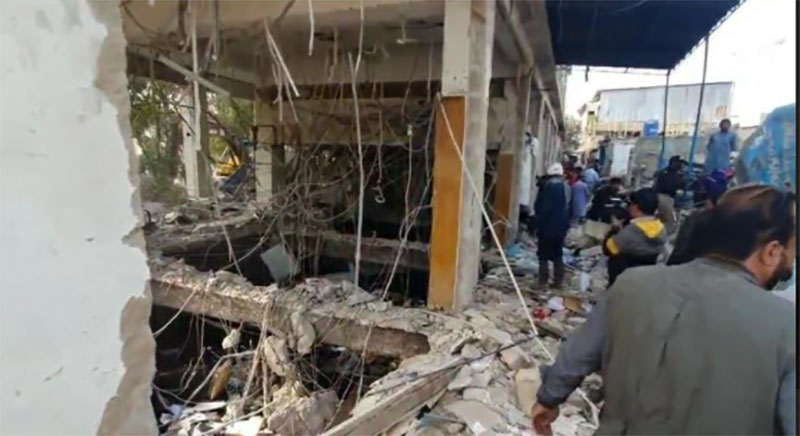 Karachi: At least 14 people died and 15 others were hurt as a blast occurred  near Paracha Chowk in Karachi's Shershah area in Pakistan on Saturday, media reports said.

SHO Zafar Ali Shah told Dawn News the explosion took place in a nullah (drain) located underneath a private bank, which had been served a notice to vacate the premises so the nullah could be cleaned up. 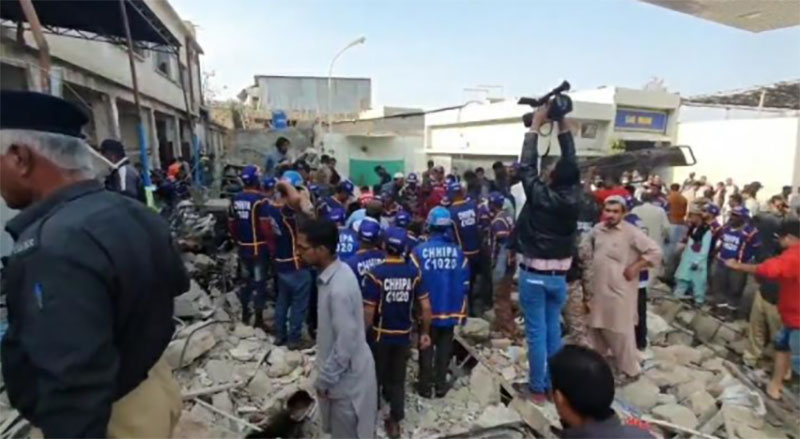 The bank's building, as well as a nearby petrol pump, was damaged in the explosion, Shah said.

Police said a bomb disposal squad was called to inspect the site. 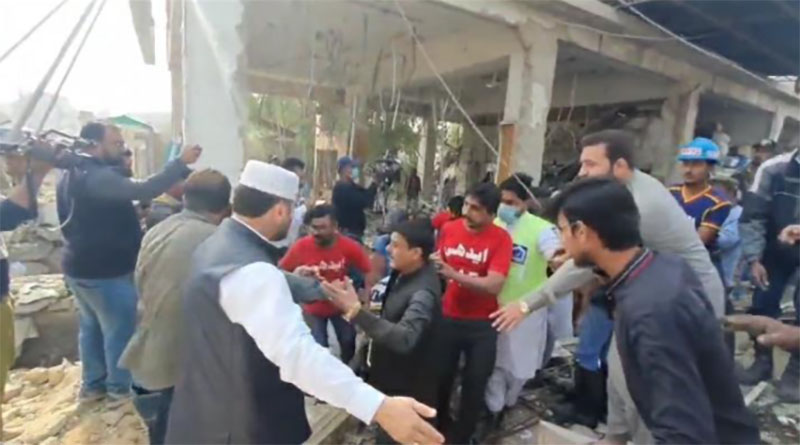 The police spokesperson said no evidence of terrorism had been found at the site of the blast yet.

Earlier, security officials reached the spot and cordoned off the area.