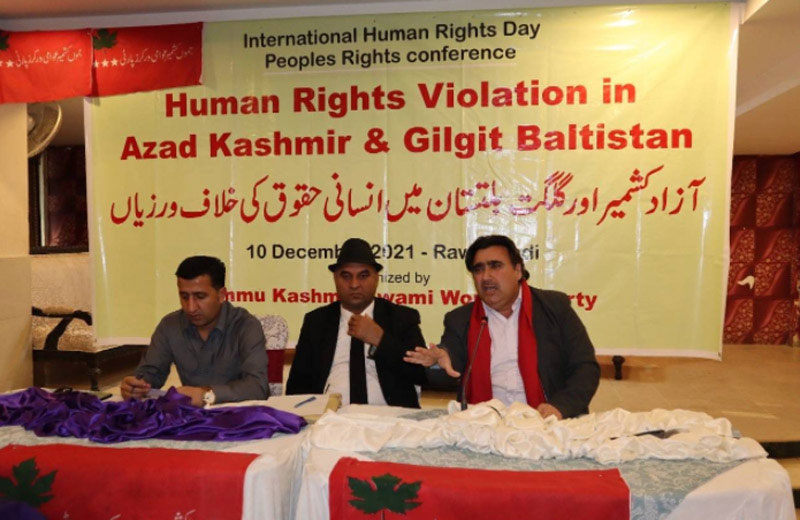 He said that the peoples of Azad Kashmir lack economic, political, social rights and freedom of expression.

They are under threat of growing influence of religious fanatics and an emergence of Afghanistan like situation, he said.

He said that religious extremist organizations are regrouping in Azad Kashmir and some parts of Gilgit Baltistan.

Nisar Shah said that the state policy to use the extremist groups as its strategic assets is playing havoc with peoples lives. Peoples of Jammu Kashmir has already sacrificed its young generation on the name of ‘jihad’ and extremism which in fact was proxy war not a freedom struggle.

He said that if the state will not change its present narrative and soft corner toward the religious extremist originations, then it will fuel more extremism in the region. The innocent people have to face the consequence of this.

The recent incident of Sialkot and other such incidents are the bad examples of this narrative. These types of incidents cannot be stopped if the state does not change its policy.

He said on one side the extremist groups are provided safe way and opportunities to continue their political activities even they are involved in direct attack on the state and on the other side peaceful progressive, democratic, rights based political, human rights activist and journalists are being continues face torture, sedition, terrorism charges, life imprisonment and enforce disappearance.

Nisar Shah said the constitutional status of Azad Kashmir and Gilgit Baltistan is still of colonial nature, where people have no rights and even control on their own resources.

The whole system is being controlled by the Federal Government. The assemblies and rulers of both regions are powerless. The whole power is at the hands of the lent officers imposed from Pakistan.

No one from state subject has to contest election or to get a job without signing the affidavit of affiliation of Pakistan. It is a very big fraud that the area is being called Azad without any real freedom.

Dr. Basheer of HRCP said that the COVID-19 pandemic has hit hard in all parts of the societies, badly affecting people including medically, socially, politically and economically.

He said that “peoples poverty, inequalities and discrimination based on religion/belief /gander or any others exclusion and environmental degradation are making society more vulnerable due to the pandemic and incompetence Government policies."

The conference demanded for the dismissal of Defense Minister Pervaiz Khatak on his statement for justifying the inhuman murder of Priyanthakumara at Sialkot.

They said that if the government is serious about resolving the issue of extremism, the state has to make a policy against the patronization of extremist organizations.

The conference also express grief and anger over the recent heinous crime of rape and murder of 13 year teen girl Kanwal at Dadyal Azad Kashmir. They demanded strict action against the culprits.

They said Khan has done nothing more than demand of the state to give Gwadar residents civil, political and economic rights to which they are entitled.

To charge Khan under archaic and repressive colonial laws is undemocratic and unjustified.

He must be released immediately and unconditionally. 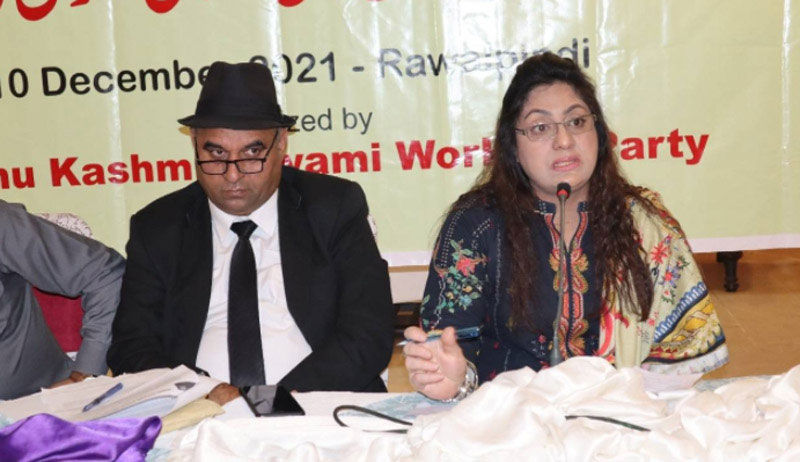 They said that all mega projects are being constructed without the proper consultation of regional governments.

The local people do not have any benefit from these projects.

Their resources are being plundered, and they are unable to get any benefits from this development.

The affected peoples from these projects are waiting for compensation of their land.

The local people are neglected in jobs and even they have no permission to raise their voice for their rights.