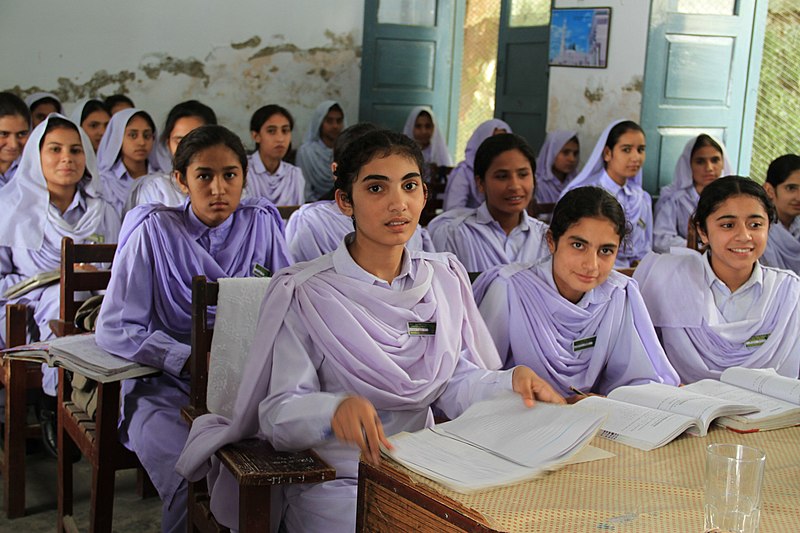 Pakistan Education Trouble
Image: Representational image of a classroom in a Pakistani school, by UK DFID on Flickr via Wikimedia Creative Commons

Islamabad: Residents of Bangash belt of Pakistan's Kohat region have often complained that local youths need to quit education after matriculation since the area has a lack of colleges for both girls and boys.

Talking to Dawn on Sunday, Syed Shah Raza, a former district councillor, said former provincial minister Syed Qalbe Hassan had allocated Rs150 million in 2013 for the construction of Ustarzai girls college, but the project could not be completed till date.

He said the Pakistan Tehreek-i-Insaf (PTI) government had promised starting classes in the college, first in December 2020 and then in December 2021, but to no avail.

Esar Bangash, chief of a local welfare organization, told Dawn News that now the education department had given the June 2022 date for initiating classes.

He said the number of boys and girls completing high school had increased enormously, but their dream of continuing further studies could not be fulfilled.