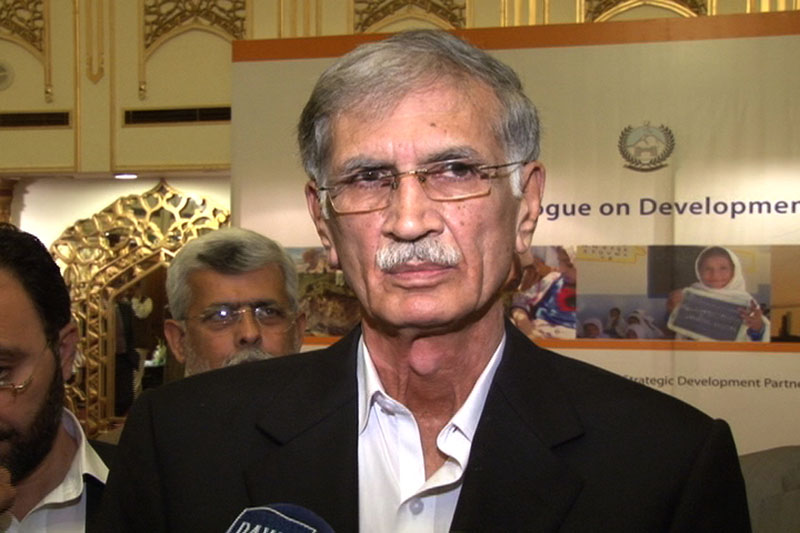 Islamabad: Pakistan's Defence Minister Pervez Khattak has said  "murders take place when young people get emotional" as he defended the lynching of the Sri Lankan national in Sialkot over allegations of blasphemy while stating that it should not be linked to the government's decision to lift the ban on the hardline Islamist outfit, Tehreek-e-Labbaik Pakistan (TLP).

The lynching of the Sri Lankan national had triggered nationwide protests.

Several social media users had linked the incident to TLP as the mob was seen chanting "Labbaik Ya Rasool Allah" while torturing the Sri Lankan manager of a local factory to death and buring his body publicly on Wazirabad Road.

However, the Islamist group had distanced itself from the incident.

"You know the reasons [behind this incident] too. When children ... grow up, they become spirited and do things out of emotions. This does not mean 'this was the result of that action'," the Minister was quoted as saying by Dawn News, saying in Sialkot too some young men had gathered and accused Kumara of disrespecting Islam, which led to the "sudden" lynching.

Khattak said he too could do something wrong in a state of heightened emotions, and added that such incidents did not mean "Pakistan is going towards destruction."

Meanwhile, remains of Priyantha Kumara, the Sri Lankan victim who was lynched by a mob in Sialkot last week over allegations of blasphemy, was flown to his nation on Monday.

Officials from the Sri Lankan embassy in Pakistan arrived at the hospital to escort Kumara's body to the airport and laid flowers over it, reports Geo News.

Priyantha's last rites are likely to be performed on Wednesday, reports Al Jazeera. 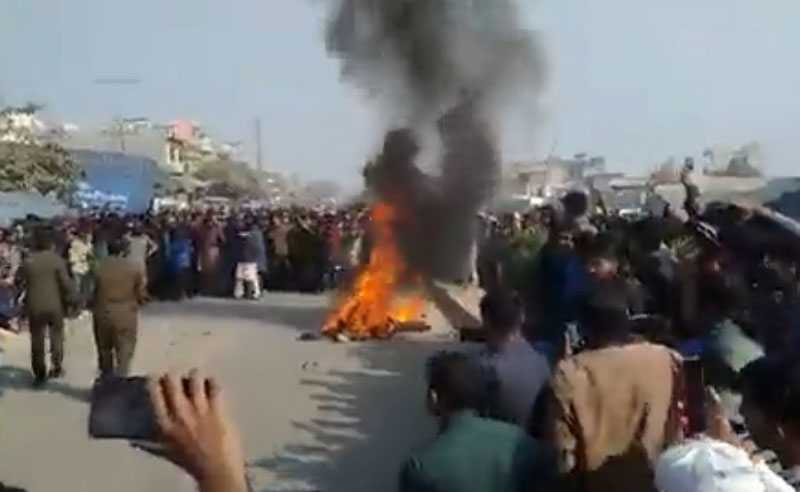 The lynching incident took place on Wazirabad Road in Sialkot on Friday.

Priyantha Kumara was a senior manager at a leading Sialkot factory that manufactures and exports sports products.

A frenzied mob in Sialkot in Pakistan tortured a Sri Lankan factory manager to death and then burnt his body in public allegedly over allegations of blasphemy.

More than 100 suspects have been arrested so far in connection with the incident, according to local police officials.