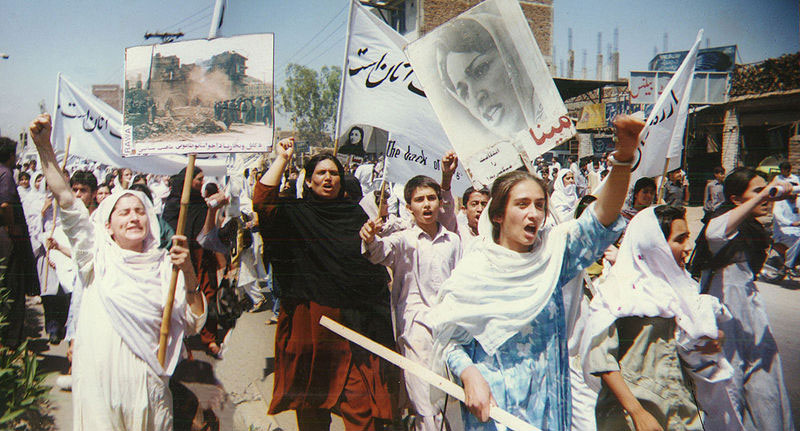 Gwadar, Pakistan/IBNS: Women and children in Gwadar city of Pakistan took to the streets on Monday in solidarity with the movement launched for the rights of the people of Gwadar and other areas of Makran.

The demonstrators, including female students, political workers and working women who reached Gwadar city from Turbat, Ormara, Jewani, Pasni and other areas of Gwadar district, started their rally from Al-Johar Public School and after marching on various roads, they reached Marine Drive, reports Dawn News.

The agitators were seen shouting slogans against the Pak government.

They were seen holding placards and banners inscribed with “Gwadar ko haq do” (Give rights to Gwadar).

Secretary General of Jamaat-i-Islami’s (JI) Balochistan chapter Maulana Hidayatur Rehman Baloch, who has been leading the sit-in in Gwadar for the last two weeks, welcomed the women activists and stressed that such a big rally of women was a proof that every person was willing to join the movement for their rights.

“The people of Gwadar have been deceived in the name of CPEC [China-Pakistan Economic Corridor] and Gwadar port while they have not benefited from it,” Baloch was quoted as saying by Dawn News.

He lamented that fishermen had been deprived of earning their livelihood, a ban was imposed on border trade and people were not getting health, education, water supply and other basic amenities.