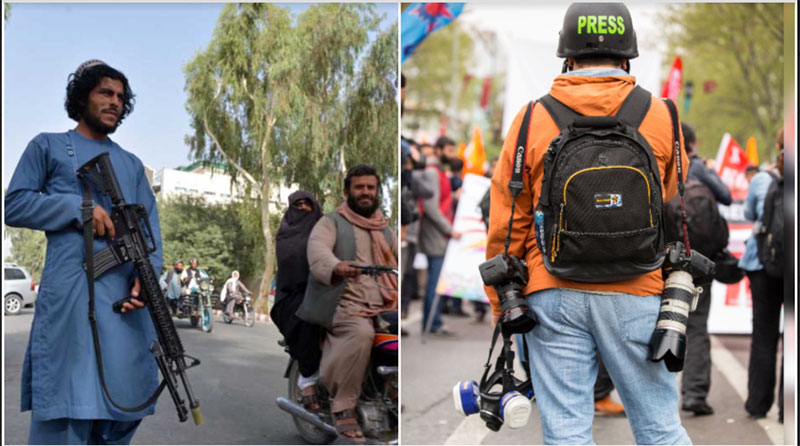 Webinar highlights the plight of mediapersons in Taliban-ruled Afghanistan

New Delhi/IBNS: The Afghan media industry as well as its employees, including journalists, have been struggling to survive since the takeover of Afghanistan by the Taliban on Aug 15.

The sudden and forceful power seizure has turned most of the Afghans into victims of the most severe violations of human rights in the world with a range of hardcore Islamic restrictions.

In modern times, the world is denoted as globalised and any citizen would want to uphold their identity with dignity, but in Taliban-controlled Afghanistan, this identity has been left in a chaotic order, according to speakers at a webinar by Red Lantern Analytica, a New Delhi based think tank .

The Taliban are steadily dismantling the human rights gains of the last twenty years, and amongst others the most affected community has been the news bearers or journalists who are actually upholding the freedom of speech and expressions.

To discuss the burning issue of Afghanistan, Red Lantern Analytica on Saturday organised a webinar which was moderated by Sania Jamal, a Research Scholar at the Jamia Millia Islamia.

One of the speakers in the webinar, Abdullah Khenjani, former Deputy Minister of Coordination, Strategy and Policy in Afghanistan's State Ministry for Peace, pointed out that the takeover of Taliban has made various changes and shifts and most of the supportive mechanisms including the unions, the journalist federation have disappeared.

"No government or institution is any longer promoting or supporting free media in Afghanistan, and under Taliban’s oppressive regime self-censorship of the journalists has gone to the highest," said Abdullah Khenjani, who used to coordinate the peace process with the Taliban on behalf of the Afghan government.

"Nearly 7,000 Afghan journalists and media workers including the most prominent and leading journalists have left the country and have taken asylum in some other countries which resulted in an evident brain drain in Afghanistan," Khenjani added. 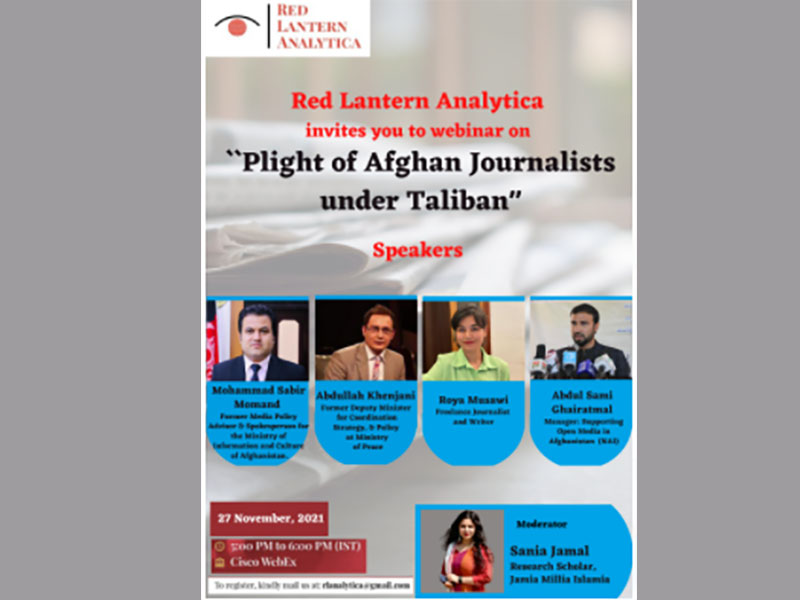 The former Afghan deputy minister said there is no strong political institution or political party in Afghanistan and the media had been playing a critical role in order to criticize the government.

"Since the takeover by the Taliban, constructive criticism has gone from the traditional media in Afghanistan," said Abdullah Khenjani adding that "Taliban are not ready to hear any criticism from the media or even independent commentators, no media could report on corruption, mismanagement, lack of capacity of government or Taliban's behaviour towards people."

Another speaker Roya Musawi, a young and energetic journalist, public communicator and writer who had also served in different national and international organizations in support of human rights, women’s rights, youth, gender equality, IDPs, and returnees, said in the webinar: "Since the takeover by the Taliban, the media in Kabul has stopped broadcasting and publishing."

"The Taliban ordered them to get a work permission from them and then only the media could restart working and under the new working permission if a journalist in a particular province wants to broadcast or publish a report they should send it to the Directorate of Taliban thus there is a visible censorship of media and journalists by the Taliban," Roya Musawi said.

"Since the fall of the Ashraf Ghani government in Afghanistan, seventy two cases of violence against the journalists across the country have been recorded, of which two have been of killing, one of suicide and many of detention, torture, threats," she added.

"Women journalists in Afghanistan except Kabul are not allowed to go to their offices without a male company," said the young journalist adding that "more than 60 percent of Afghan journalists have lost their jobs and there is no freedom of speech under the Taliban rule."

Since the Taliban takeover, constructive criticism has gone from the traditional media in Afghanistan, and no media could publish or air an investigative report as the hardcore Islamist group demands oversight before anything is broadcast.