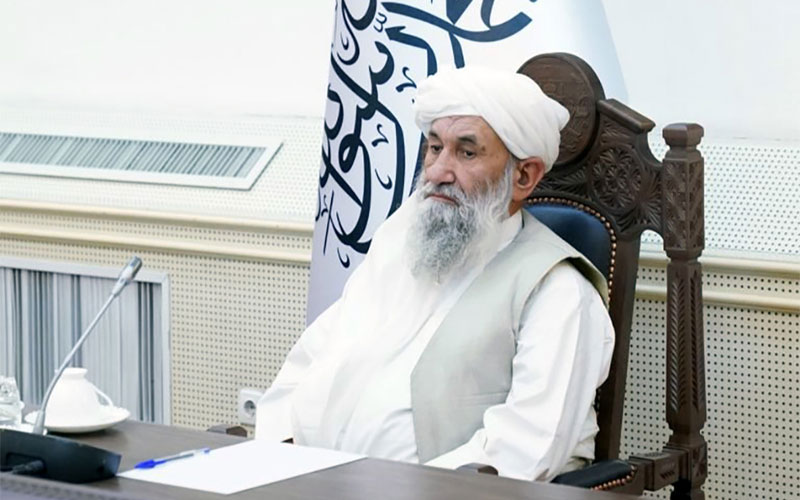 Kabul/IBNS: Delivering his first public speech since the Taliban seized power in Afghanistan in mid-August, the Islamist group's co-founder and the country's interim Prime Minister, Mohammad Hassan Akhund, has accused the ousted Aghan President Ashraf Ghani of corruption and funds embezzlement, according to local media reports.

"We assure all the countries that we will not interfere in their internal affairs and we want to have good economic relations with them," Akhund said in the audio speech.

Khaama Press reported quoting the acting Prime Minister that ordinary Taliban soldiers had found a bulk of cash in the Presidential palace which was left behind by Ghani and his team while escaping.

“Only those who commit crimes will be punished”, Akhund was quoted as saying by Khaama Press.

Speaking about women’s rights, Akhund said the Taliban are committed to respecting women’s rights as per the Islamic law and better than the former administration, but he did not provide clarification on how the Taliban regime will provide freedom to women in the south Asian country and recognize their rights, according to Khaama Press.

Talking about poverty in the war-torn country, he said the Taliban have not promised to feed the nation, and people must ‘beg God’ for food, reports the Afghan news service.

Mohammad Hassan Akhund, who had served as Kandahar governor and Minister of Foreign Affairs in the former Taliban administration (1996-2001), has been a key member of the present Taliban regime in Afghanistan.

Akhund has been described by the UN sanctions list as a “political advisor” of late Mullah Mohammed Omar, a top Taliban leader and founder of the Islamic Emirate of Afghanistan in 1996 who died of tuberculosis in April 2013.