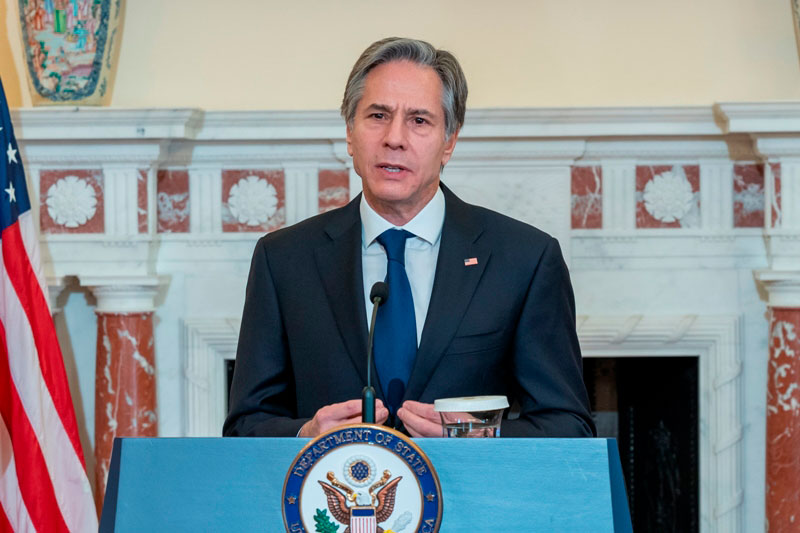 Pakistan, Taliban violators of religious freedom: US Secretary of State

Earlier in December, 2018, the then Trump administration first placed Pakistan on this list and retained it in 2020 as well, while the Joe Biden administration, which came to power in January this year, has retained the existing list with two changes — adding Russia into it and removing Sudan from the CPC category.

The US government said countries are listed in this category for allegedly engaging in or tolerating “systematic, ongoing, (and) egregious violations of religious freedom”.

“I am designating Burma, China, Eritrea, Iran, the DPRK (North Korea), Pakistan, Russia, Saudi Arabia, Tajikistan, and Turkmenistan as Countries of Particular Concern (CPC) for having engaged in or tolerated systematic, ongoing and egregious violations of religious freedom,” US Secretary of State Antony Blinken said in a statement.

“I am also placing Algeria, Comoros, Cuba, and Nicaragua on a Special Watch List for governments that have engaged in or tolerated severe violations of religious freedom,” Blinken added.

Each year the United States Secretary of State identifies governments and non-state actors, who, he believes, merit designation under the US International Religious Freedom Act.

“We will continue to press all governments to remedy shortcomings in their laws and practices and to promote accountability for those responsible for abuses,” Blinken's statement read.