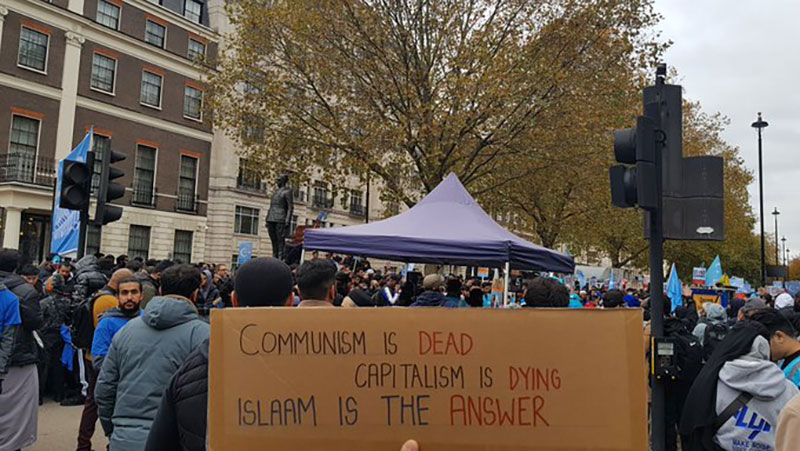 A large number of people demonstrated outside the Chinese Embassy in London on Saturday to protest against Beijing's treatment towards Uyghur community members.

The protest was organised by Islam21C - a project set up to provide digital representation for British muslims - with support from over 50 Muslim organisations, reports The New Arab.

Protesters took to the streets and social media using the hashtag #Stand4Uyghurs to demand the shutdown of China's concentration camps, which experts estimate over one million Muslims have been incarcerated in, in a Beijing crackdown against those practising Islam in Xinjiang, the news portal reported.

"We are here to show our solidarity as part of the Muslim Ummah... and fulfil our Islamic obligation towards oppressed Muslims in China," one protester Shabih Hasan told The New Arab.

"We want to send a message to the Muslim Rulers around the world to come to the aid of Uyghurs and put pressure on the Chinese government to change [their course of actions]," Hasan said.

"There were a lot of raw emotions and strong feelings [of solidarity for the] suffering of our Uyghur brothers & sisters [at the demonstration]," another protester Mohamed Asif told The New Arab.