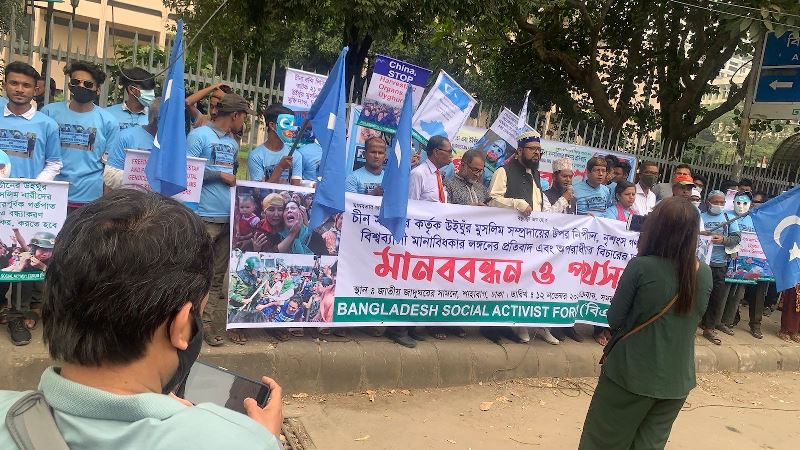 This is an important day to mark the 77th and 88th anniversary of two short-lived states that existed from 1933-34 and 1944-49, which stand as symbols of the spirit of Uyghur people and their longing for freedom and democracy.

Since the Chinese forceful occupation of East Turkistan (now Xinjiang province) in 1949, human rights situation there has worsened dramatically, culminating in genocide, continuing till today.

Human Rights groups, NGOs, and other organizations organized various programmes all across Bangladesh on Nov. 12, accusing China of persecution of Uyghurs.

To mark the Day, Ulemas and Imams held a meeting at the seminar hall of National Press Club, Dhaka under the banner of Bangladesh Social Activist Forum to highlight Chinese persecution of Uyghurs. Speakers voiced their concerns.

A street play, using the unique Uyghur face masks and flags, was held at Shahbag near Dhaka University, castigating China, which was witnessed by many. They also organized a human chain holding banners, posters, in front of National Museum, where people congregated to watch/participate in the human chain. 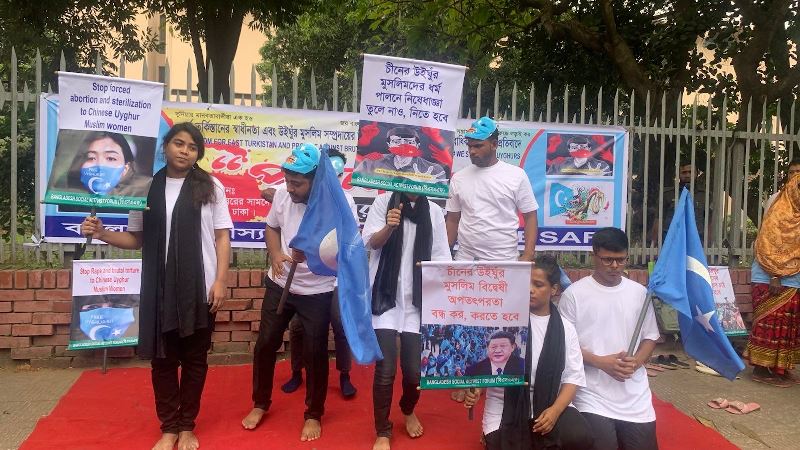 Separately, a Human Chain and a Bike rally was organised at Khulna near the Chinese Village, to mark the Occasion.

The districts of Rajshahi, Sylhet and Chittagong were filled with posters and handbills highlighting minorities persecution, where the local populace came out in hundreds to show solidarity with the Uyghur brothers, who are facing constant torture in Xinjiang province.

Faithfulls expressed their anger at China’s action and solidarity with Uyghur Muslims of Xinjiang province.