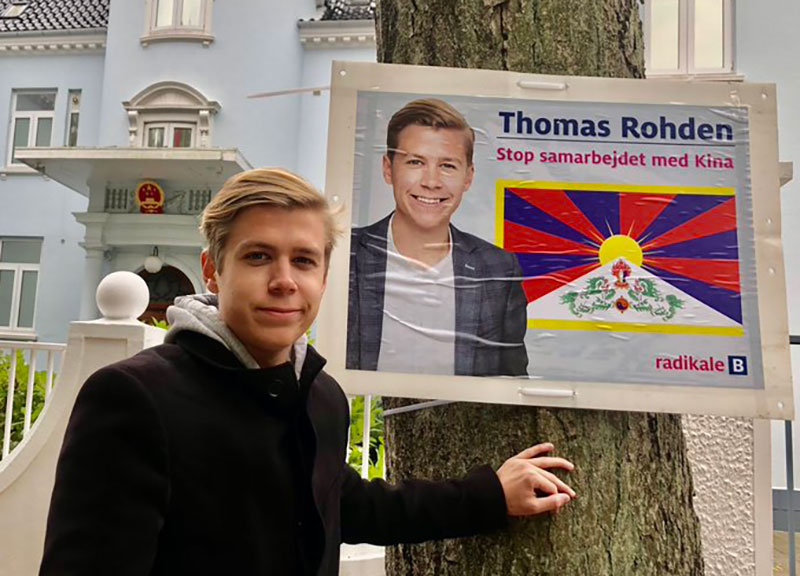 Copenhagen: A Danish candidate in the local elections has alleged that China removed ten election posters, which had his picture along with Tibetan flag, which were put by him outside the Chinese Embassy in  Copenhagen.

Thomas Rohden is a Tibet supporter.

He claimed the posters were removed just minutes after he left the venue.

“I saw people coming out of the embassy, creating a bit of a fuss about it,” Rohden told the press as quoted by Phayul.

Danish police confirmed on Monday that several election posters had been stolen on the embassy’s street and added that they were investigating the “theft”, reports Phayul.

The Chinese Embassy in the country condemned the incident and said in a statement: "We express our strong indignation at this deliberately provocative behavior. We never interfere in the elections of other countries, but we firmly oppose interfering in China's internal affairs in the name of elections and the so-called 'freedom of speech', undermining China's sovereignty and undermining China's territorial integrity."

"Tibet is an inalienable part of China's sacred territory. Any attempt to separate Tibet from China is doomed to fail," read the statement.