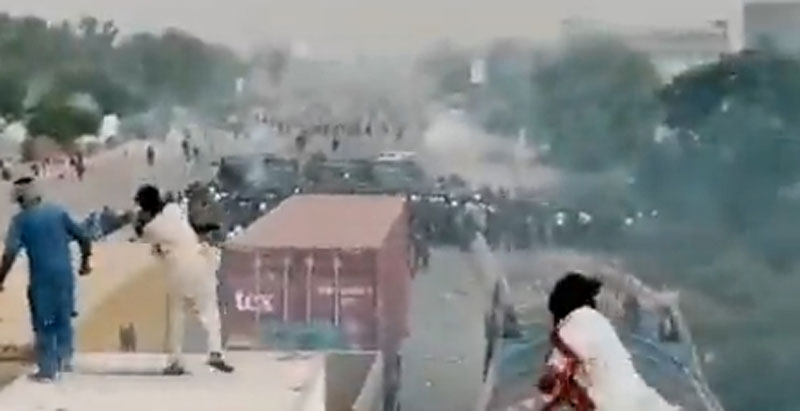 Pakistan: Internet services suspended in Lahore after deaths of 2 policemen by TLP workers

Lahore/UNI: Pakistan Interior Ministry on Saturday ordered suspension of internet services in various parts of Lahore after two policemen were allegedly killed by some workers of banned Tehreek-i-Labbaik Pakistan (TLP) who mowed down them.

According to a report by Daily Times, the Interior Ministry has issued a notification ordering suspension of internet services in Data Darbar, Shahdara, and Ravi Bridge areas.

“Those leading the protest attacked the cops with petrol bombs, and metal rods besides also vandalizing government property and causing damage to infrastructure,” the police said.

The protest was led by TLP since Tuesday demanding release of their leader Saad Hussain Rizvi.

Earlier, Sputnik had reported three police officers had been killed and several more injured in clashes with protesters in the northeastern Pakistani city of Lahore on Friday.

The protesters had thrown stones and Molotov cocktails at policemen and even used sticks during scuffles with police personnel.

Lahore DIG (Operation) Spokesperson Mazhar Hussain had said in a statement that the two officers killed by the protesters have been identified as Ayub and Khalid but the third official is yet to be identified.

Meanwhile, a spokesperson for TLP said workers had endured to the "worst shelling in history" and were "attacked from all sides" near the Mao College Pul, Dawn reported.

The spokesperson further said at least 500 TLP workers had been seriously wounded while several had died during the clash.