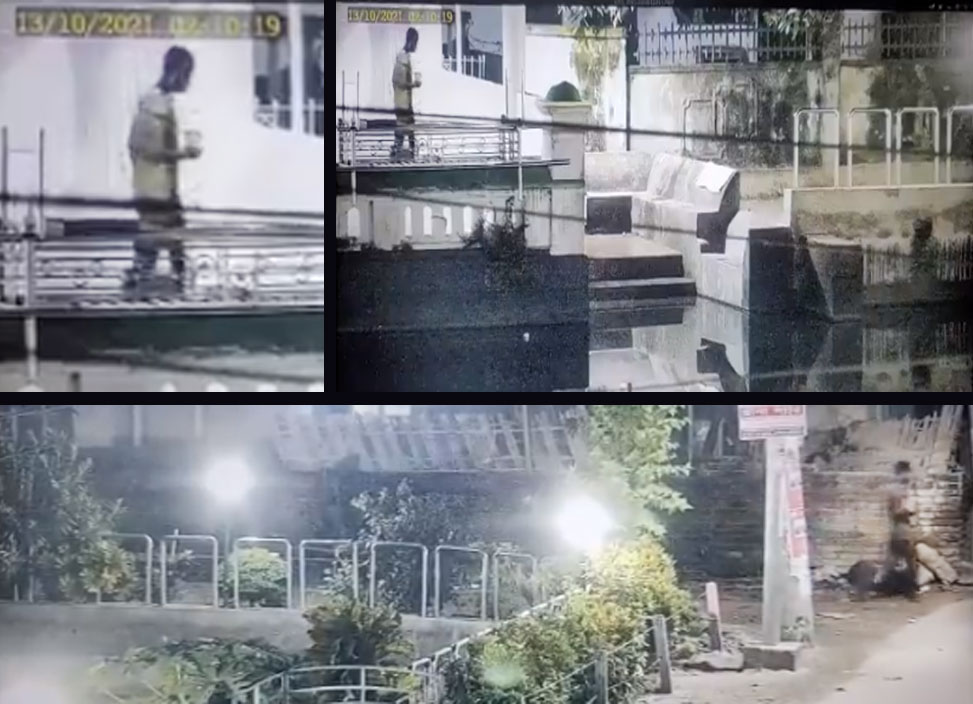 Dhaka/UNI: The police have identified the person who allegedly put the Holy Quran inside a mandap in Cumilla town during the Durga Puja which led to communal disturbances at several places in Bangladesh last week.

Based on the analysis of the CCTV footage, the police identified Iqbal Hossain (30) resident of Cumilla as the person who carried out the act. The police are yet to arrest the culprit.

The CCTV footage shows the man carrying the holy book going towards the temple after midnight and returning back with the mace of Lord Hanuman in his hand after some time.

A photo of the book kept on the lap of Lord Hanuman was shared on social media which went viral.

Subsequently, mobs attacked the temples, homes and business establishments of the minority Hindu community in Cumilla. Similar incidents were reported from Noakhali, Rangpur and several other places of Bangladesh over the next few days between October 13-16.

It was suspected that the act of desecration was a premeditated act to disturb the peace and social harmony in Bangladesh.

Home Minister Asaduzzaman Khan said on Tuesday that the police have found out that the suspect behind the Cumilla incident was changing his  location frequently.

In a briefing on Tuesday, the Cabinet Secretary of Bangladesh said that something about the Cumilla incident would be revealed soon.

The police have filed 72 cases relating to incidents of vandalism of temples and attacks on Hindu houses and business establishments after the incident on October 13. More than 450 people have been arrested so far, including the person who first put the controversial image from the Durga mandap in Cumilla on social media.