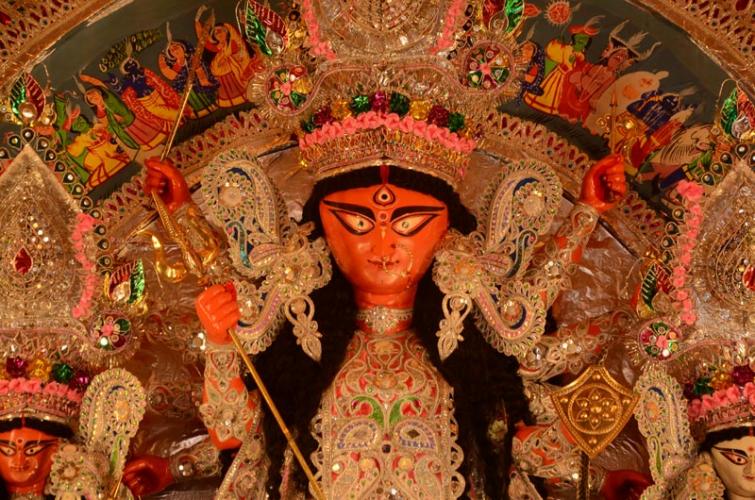 Chittagong: Hindu leaders decided to call a half-day strike to protest in Chittagong city of Bangladesh against the vandalism of JM Sen Hall’s Durga Puja venue by a group of men.

Chattogram Metropolitan Puja Celebration Council has decided not to immerse the idols of goddess Durga to protest against the vandalism.

The gift of Vijaya Dashmi
Jihadis attack in front of the puja mandapa of JM Sen Hall in Chittagong district of Bangladesh. pic.twitter.com/O6nVBpL0b8

The leaders of the counil, who arranged the puja celebration at JM Sen Hall, declared that they will not carry out immersion of the idols to end the festival “unless security is ensured”.

“Immersion begins from 11 am every year. But the government directed us to get out of the pavilion after 2:30 pm this time around due to the Friday prayers,” Ashish Bhattacharya, president of Chattogram Metropolitan Puja Celebration Council, told bdnews24.

“We were waiting inside the pandal and carrying out religious formalities when the attack took place," he said.

Let the government speak of our safety, then we will immerse the idols. Until then, no pandals in Chattogram metropolitan will carry out idol immersions," he said.

Eyewitnesses told bdnews24 that following the Jummah prayers, a group of people held a meeting at the gate of Andarkilla Shahi mosque and then marched towards JM Sen Hall in a procession.

The procession broke through police barricades at the intersection and then attempted to breach the locked gate of JM Sen Hall, the eyewitnesses said.

Then they proceeded to throw brickbats and rip apart puja banners on the walls around the street.

The commotion created outside triggered panic inside the venue where women of different ages were preparing for the immersion of the idols.

Declining to comment on the attack, SI Bijoy Basak of Chattogram police (south) told bdnews24 they were “observing” the situation.