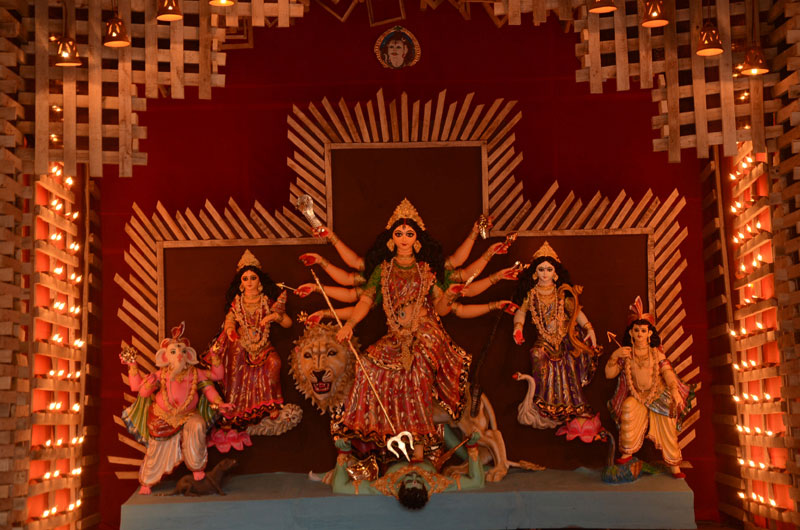 Dhaka: Unidentified people have damaged an idol of Hindu deity Durga that was being created for the upcoming festival in Kushtia region of Bangladesh.

According to sources, the incident took place at a temporary mandap in Aruapara area under the banner of Aika Jubasangha, which is built every year ahead of Durga Puja, the newspaper reported.

Police have visited the site.

Sabbirul Islam, officer-in-charge of Kushtia Model Police Station told Dhaka Tribune the  responsible people will be identified and brought under the law soon.

Hindu people of Bangladesh will observe Durga Puja next month.