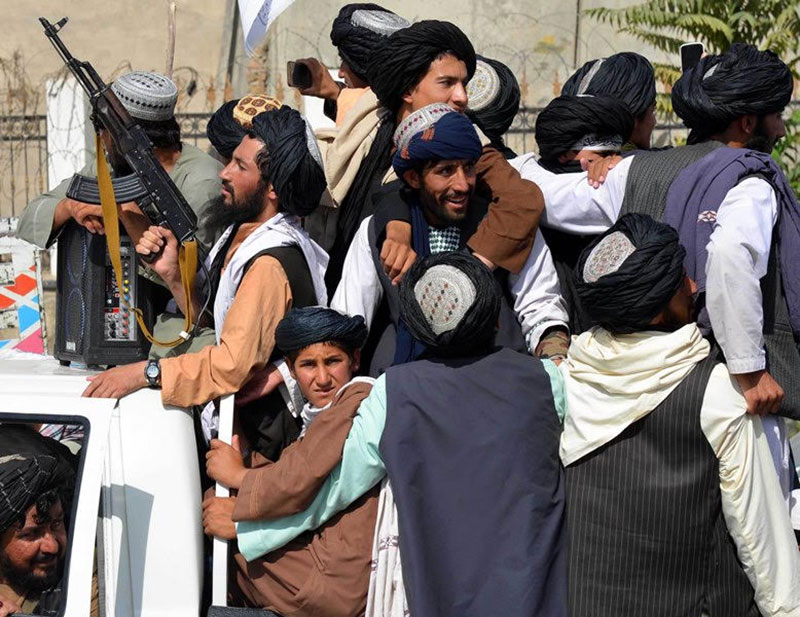 Afghanistan: The Taliban invasion, role of Pakistan and how it affects India

Who is responsible for the current conundrum in Afghanistan? How are the regional stakeholders going to react and get affected by the Taliban’s takeover of Kabul? What impact will the ruinous US withdrawal have on its international standing? What role does Pakistan play in the Afghanistan fiasco and how does it use it to get back at India?

These were some of the pressing issues discussed at a Roundtable Discussion recently organized by Udaipur-based geopolitics and security affairs think tank, Usanas Foundation.
Speaking at the event, Maharaja of Udaipur Arvind Singh Mewar highlighted the importance of the emerging geopolitical situation in Afghanistan and its implications for India.
Ambassador Anil Trigunayat, a distinguished Fellow at VIF and India’s former ambassador to Jordan, Libya, and Malta, dwelt on how the hasty exit of US troops has transformed Afghanistan into a field of geopolitical and geoeconomic competition.

For the longest time, there has been a paradox in Afghanistan—while the Afghan people hated the Americans and their presence in their country, they also did not want them to leave.

The current situation according to him was an outcome that was expected by everyone, but the speed at which it happened has surprised observers greatly.
The Americans and the NATO countries that had been training the Afghan Security Forces had great hope in them, but the Doha agreement ultimately sealed the fate of the Afghan Government.

He elaborated on how over the past two decades, the Taliban has become “far smarter”—trying to project itself as a mellow and more acceptable organization to the world at large. He warned that it is yet to be seen if the Taliban is as logical, balanced, and cautious as it is projecting itself to be.

He then went on to discuss the pivotal role Russia and China are set to play in Afghanistan, and briefly commented on the threats and challenges for Afghanistan’s Central Asian neighbours in this geopolitical conundrum.

“The Chinese will be the biggest ‘economic gainers’ in Afghanistan and politically the Russians will try to extend their influence in the region,” he said.

The discussion was further carried on by Dr. Michael Rubin – a former Pentagon official and a Senior Fellow at the American Enterprise Institute. 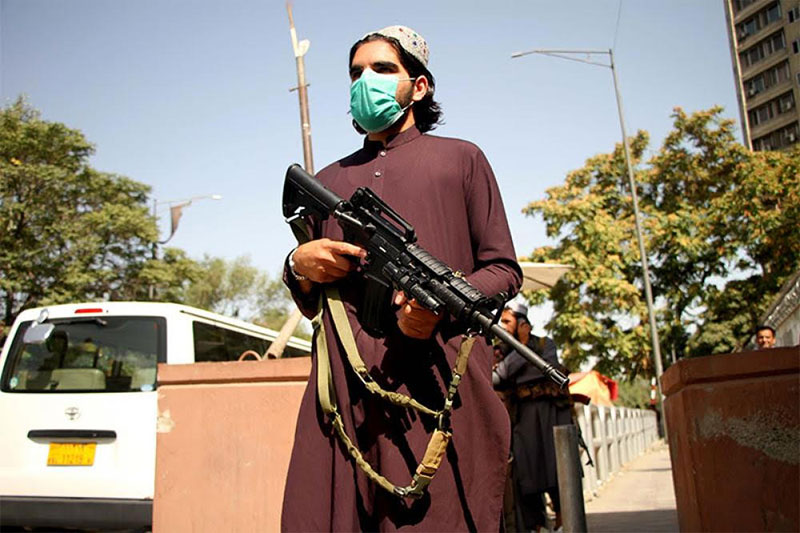 While spotlighting the role of the US, he contended that the current mess in Afghanistan began when the US government did not include the elected Afghan Government in the peace talks.

According to him, the approach adopted by Joe Biden presently is not geared towards reality and his advisors are much more “sycophantic” and will only tell him what he wants to hear.

“There will be an immediate fallout in Iraq, from where the Americans want to withdraw, and Syria, where Joe Biden bizarrely forgot he had 900 troops,” he said. Dr. Rubin clarified that the US “did not create the Taliban”, but the CIA did make a few mistakes by arming Mujahideens.

Ms. Meena Nezami, a women’s rights activist from Afghanistan, spoke about how the country has become a base for Russia and China to take advantage of American exit. She added that for the Afghan people, peace does not mean the absence of war, but the presence of harmonious relations with one another.

She clarified that America’s entry into Afghanistan after 2001, did not result in peace but instead resulted in continued violence and death in the country. Speaking on the Taliban’s position on women’s rights, she said no one can say if the Taliban has really changed and if they will truly respect women’s rights in the future as they claim. 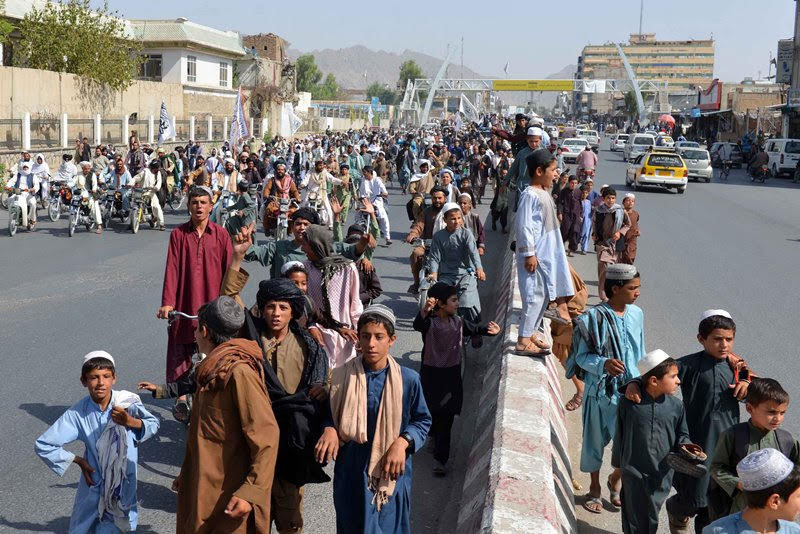 However, historically the Taliban have never respected the rights and liberties of women and committed violence against women. “The best possible solution is that women must be at the forefront of peacebuilding in Afghanistan,” she said.

Mr. Christopher Alexander, a former diplomat and a former member of the Conservative Party of Canada, said: “The Taliban hasn’t just returned to Afghanistan, in only 95 days they have conducted an invasion with the full support of Pakistan’s ISI, the Pakistani military, and senior leadership."

He went on to elaborate on the role played by Pakistani sponsors in building the Taliban to its current shape while pointing out that the Pakistani General Qamar Bajwa visited Afghanistan in May this year, and right after his return back to Pakistan, the Taliban invasion of Afghanistan began the very next day.

From then, it took 95 days for the Taliban to take over all Afghan provinces but one. “What happened in Afghanistan is nothing but an invasion, an invasion through proxy forces that violated border, sovereignty, and international law on almost every level,” he said.

“We should react to the Taliban’s invasion of Afghanistan in the same way we reacted to the invasion of Crimea. We should hold Pakistan accountable for its part,” he added.

Mr. Abhinav Pandya – the Founder and CEO of Usanas Foundation took the discussion forward by discussing the security issues surrounding the Taliban takeover and its impact on the region, specifically in Jammu and Kashmir, and overall trends in Islamic radicalization.

He asserted that after India’s retaliation to the Pulwama bombings, the strategic establishment in Pakistan believed that any large-scale terror attacks on India would be met with greater force from India, but following the takeover of Afghanistan by the Taliban, Pakistan’s ISI feels that India has become vulnerable.

“There is also the growing threat that Pakistan may try to infiltrate Kashmir with a large number of veteran Afghan fighters and incite locals because some have seen the victory of the Taliban in Afghanistan as a victory of Islam over the infidels,” he said. Pakistan has already strengthened the activities of Al-Badr – an organization with generational ties with the Taliban in Kashmir.

Gautam Mukhopadhaya, former Indian Ambassador to Syria, Afghanistan, and Myanmar, identified the main culprits responsible for Afghanistan as—the Afghan Government, mainly through its failures and omissions, and Pakistan, through the invasion of Afghanistan with the use of a proxy force.

He argued that Pakistan has a vested interest in keeping Afghanistan divided so that a strong and united Afghanistan can never be a threat to Pakistan.

According to him, Pakistan has prepared for the invasion of Afghanistan since the ouster of the Taliban in 2001. “Taliban 2.0 began after 2001 when kids were radicalized by Pakistan and its proxies,” he said.

“The Taliban in their invasion of Afghanistan also showed great military tactics and capabilities and this achievement could not have been masterminded by the Taliban but was only carried out with the assistance of Pakistan,” he added.

He pointed out how several US presidents—from Bush to Obama—were able to realize that Pakistan was the main problem, but was unable to convert their knowledge and insight into tangible gains. “They repeatedly used carrots instead of sticks in dealing with Pakistan,” he said.