New Delhi: UN Secretary of State Antonio Guterres on Tuesday expressed concern over the accounts of human rights violations against women and girls of Afghanistan 'who fear a return to the darkest days'.

Guterres tweeted: "I am deeply concerned by accounts of human rights violations against the women and girls of Afghanistan who fear a return to the darkest days. They are looking to the international community for support. We must not let them down."

I am deeply concerned by accounts of human rights violations against the women and girls of Afghanistan who fear a return to the darkest days.

They are looking to the international community for support.

We must not let them down.

Thousands of boys and girls have been killed or injured over the past two years in Afghanistan, according to the latest UN report on Children and Armed Conflict, which was issued on Monday, a day after the Taliban consolidated control over the country.

The study found that 5,770 Afghan youngsters were killed or maimed between January 2019 and December 2020, the reporting period.  Meanwhile, child casualties hit their highest levels ever during the first half of this year, with hundreds killed in recent weeks amid the deteriorating political and security situation.

Virginia Gamba, the UN Secretary-General’s Special Representative for Children and Armed Conflict, said Afghanistan continues to be one of the most dangerous places to be a child.

“I am appalled by the continuing and rising high levels of violence endured by children in Afghanistan, including those caught up in combat,” she said.

“As the already dramatic situation continues to evolve rapidly and concerning reports of human rights violations keep arising, I call for all abuses to stop, and I urge the Taliban and all other parties to abide by their obligations under international humanitarian law and international human rights law, as well as by national commitments and protect the lives and rights of all people, including those of women and girls.”

The research revealed that during the reporting period, one in three casualties was a child.

Armed groups, particularly the Taliban, were responsible for most incidents, or 46 per cent, with Government and pro-Government forces accounting for 35 per cent, followed by landmines and explosive remnants of war.

“It is urgent that all parties take the necessary actions to minimize harm to children and prioritize their protection in the conduct of hostilities as well as protect schools and hospitals,” said Gamba.

“Such harm is otherwise bound to affect generations to come, when Afghan children have already had their childhood taken away from them. With figures already alarmingly high and the Taliban identified in the report as a major perpetrator of violence against children, the future of children, especially girls in Afghanistan is dark.”

The UN also verified more than 6,470 grave violations against children during the reporting period, with nearly half attributed to the Taliban.  Some 297 attacks on schools and hospitals also were verified.

Despite a decrease in assaults on schools, the report’s authors noted that attacks on hospitals and protected personnel rose, which they found particularly egregious, given the fragile state of the Afghan healthcare system and the challenges of the COVID-19 pandemic.

Meanwhile, deliberate Taliban attacks on girls’ schools remain “a worrisome trend”.  Ms. Gamba appealed for the group, and all other parties to the conflict, to respect human rights, including the right to education for girls.

Gamba explained that the pandemic exacerbated boys’ vulnerability: a situation she said will deepen given the current levels of violence. 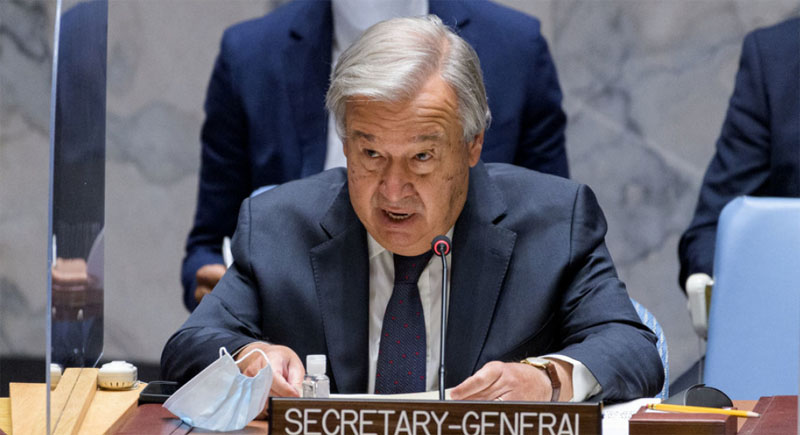 “Today, I call on all parties, especially the Taliban, to prevent recruitment and use, abduction, and the killing and maiming of children and to cease all violations and urgently take concrete measures to protect children, schools, and hospitals, and mitigate child casualties,” she said.

The UN Special Representative further called for Afghanistan to uphold the criminalization of the practice of bacha bazi, a form of sexual abuse against boys, in line with revisions to the penal code in 2018.

She stressed that true protection for Afghanistan’s children will only come through peaceful resolution of the conflict.

For Further study- US should protect Afghan journalists as Taliban take power in Afghanistan: CPJ

“I call on all parties, especially the Taliban today, to ensure that child protection issues are prioritized by all actors involved in peace negotiations to sustainably prevent grave violations against children from occurring again and contribute to enhancing the viability of peace,” said Gamba.