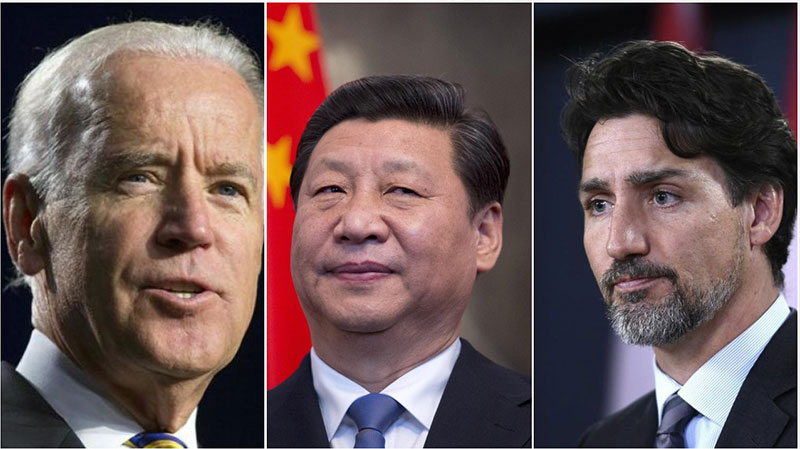 The two Canadian nations were identified as Michael Kovrig and Michael Spavor.

A White House statement read: "The President and Prime Minister then discussed the two Canadian citizens—Michael Kovrig and Michael Spavor—who are unjustly detained by the People’s Republic of China."

Joe Biden condemned their 'arbitrary detention' and reiterated his commitment to stand strong with Canada to secure their release.