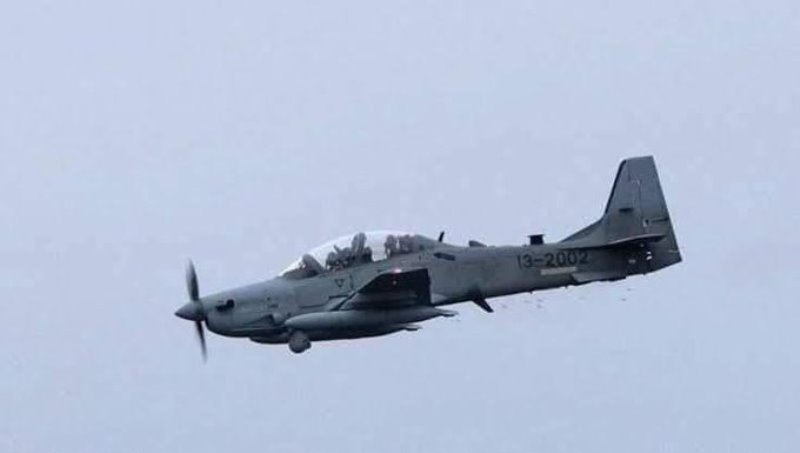 Kabul: The Afghan Defence Ministry reported on Wednesday that 54 Taliban terrorists were killed during airstrikes carried out by the Afghan Air Force (AAF) on a Taliban gathering on the outskirts of Helmand provincial center on Tuesday.

In the operation, two top Taliban commanders, along with one “Ahmadi”, a Pakistani citizen affiliated to Al-Qaeda terrorist network, were also killed, sources said.

Meanwhile, the district governor of Sayed Abad district in Maidan Wardak province, Amir Mohammad Malikzai Wardak, was shot and killed by gunmen in the Khoshal Khan area of Kabul on Tuesday.

The governor of Nangarhar, Zia-ul-Haq Amarkhail, announced on Wednesday that the security forces have repulsed five attacks by the Taliban to seize the port of Torkham in recent days.

Amarkhail added, “The provincial administration has complete measures to ensure the security of Torkham and the Jalalabad-Torkham highway, and I assure the people that the enemy cannot advance.”

Lawmakers in Jawzjan province have warned that Shiberghan area in the province may fall soon to Taliban.

A Provincial Council member of Jawzjan province has termed the security situation as alarming in the province and warned against the capture of Shiberghan by Taliban.

The Ministry of Defence stated that Mawlavi Anas, Shadow Governor of Taliban for Bamyan province was killed on Tuesday along with 40 other Taliban terrorists in an AAF airstrike in Darah-Sof-Bal district of the province.

Moreover, 13 terrorists were injured and 15 of their vehicles and large amounts of weapons were destroyed.

In another incident, Taliban terrorists dragged (August 3) six Hazara citizens out of a vehicle in the eastern part of Firoz Koh city along the Ghor to Kabul highway and abducted them. The knowhow of the Hazara citizens is yet unknown.