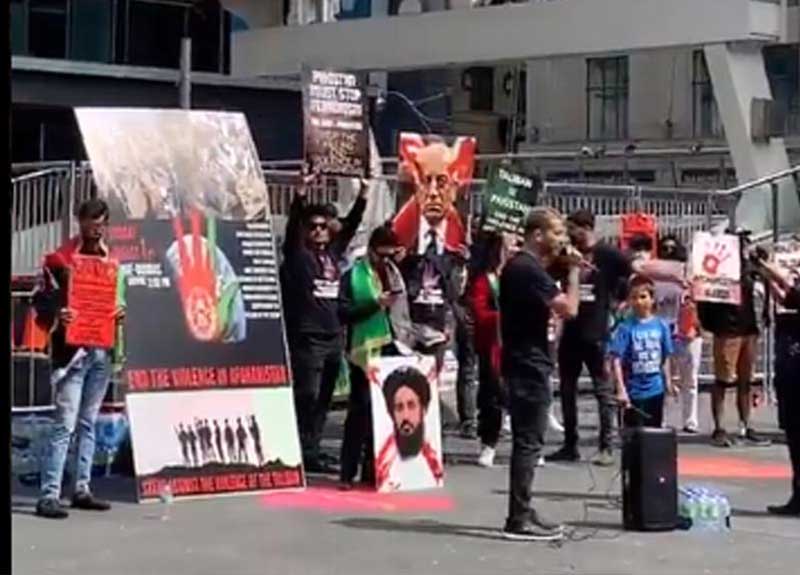 People demonstrate in Toronto, Paris over Pakistan-Iran's interference in Afghanistan

Toronto/Paris: Hundreds of Afghanistan people demonstrated in Canada and France against Pakistan’s and Iran’s interferences in the war-torn Afghanistan where Taliban has unleashed atrocities and killings to capture power, media reports said.

Afghanistan has been witnessing a rise in violence in recent times as foreign forces are leaving the country.

The Taliban forces have occupied several regions in the country.

The Taliban terrorists are reportedly torturing civilians in these regions.