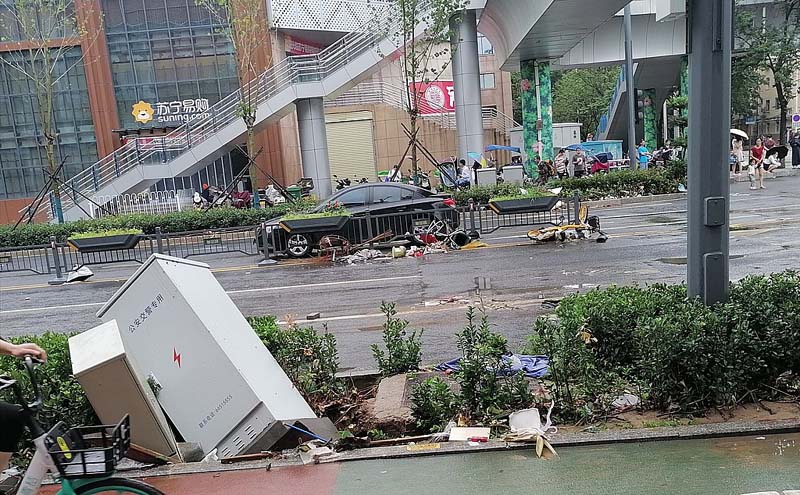 Beijing: Foreign journalists reporting on the recent floods in Zhengzhou in central China’s Henan province on July 22 were harassed and threatened  in Zhengzhou and on social media platforms, said The International Federation of Journalists (IFJ).

The International Federation of Journalists (IFJ) said it is disturbed by the attacks on foreign journalists in China and urges authorities to ensure that journalists can report safely and independently.

According to The Guardian, journalists from the BBC, Los Angeles Times, Deutsche Welle, Al Jazeera, CNN, Agence France-Presse and the Associated Press have been harassed and threatened by angry crowds of citizens.

Reports from international media outlets state that the BBC, in particular, has been targeted and accused of “smearing China”, and the local branch of the Communist Party’s Youth League has called for their social media followers to share the locations of BBC reporters.

Journalists from the BBC and Los Angeles Times have also received death threats, according to the Foreign Correspondents’ Club of China, the IFJ said in a statement.

The official death toll of the floods is 71, according to China’s state media.

Despite a leaked government directive published by China Digital Times and issued to China’s domestic press instructing them to only report “authoritative information with regard to statistics on casualties or property damage”, both domestic and state media have reported criticisms of the response from local authorities.

They have also discussed the lack of information for citizens searching for missing family and friends. A later directive from China’s government told authorities to deny interviews and information to foreign media.

Last year, the IFJ monitoring has recorded an increase in intimidation towards foreign media, including BBC correspondent John Sudworth who left China in March after receiving threats and Australian journalist Cheng Lei who was detained in August 2020 and officially arrested in February 2021.

The IFJ said: “The recent intimidation and attacks on foreign journalists reporting on the flood disaster in China is detrimental to the safety of citizens in Zhengzhou who are seeking information about the crisis from journalists. The IFJ urges the Chinese government to ensure foreign journalists and domestic journalists can report safely and without interference.”