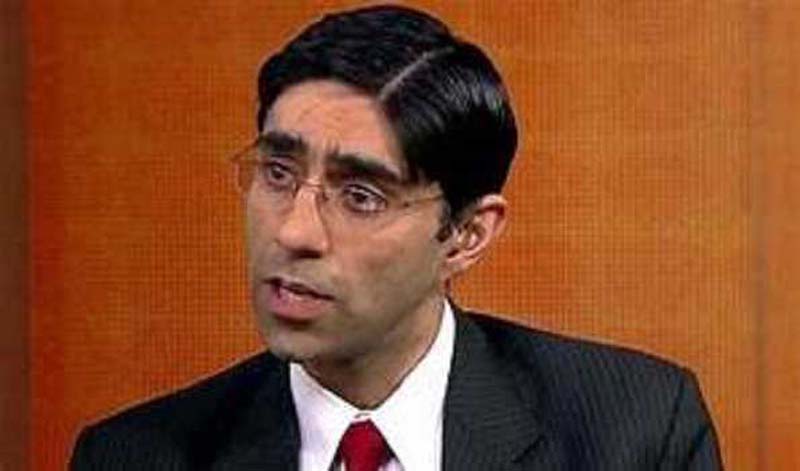 Washington/Islamabad/UNI: Pakistan’s National Security Adviser Moeed Yusuf, who was in Washington to hold talks with his US counterpart Jake Sullivan, has said that he sensed a receptivity on the US side to work together with Pakistan on the Afghan issue and added that a political solution “cannot happen without US involvement”.

Asked if Pakistan and the US can continue to work as partners, Yusuf said he saw a desire on both sides to do so and “the talks are about how to do it”, Dawn reported.

The United States, he said, understood that Pakistan can help in making a political arrangement in Afghanistan and they were now discussing how to approach this. “The biggest thing would be to do a political understanding, other things will follow,” he said. “All our conversations are technical conversations,” he said at the Pakistan embassy in Washington.

His comments come ahead of a meeting of senior officials from Pakistan, the United States, Russia and China in Doha on August 11 as part of the "Extended Troika" on Afghanistan.

Yusuf arrived in Washington on July 27 along with Director General of Inter-Services Intelligence Faiz Hameed for talks with their American counterparts on Afghanistan and bilateral relations.

Yusuf said that during his first meeting in Geneva in May with his US counterpart, the two had agreed that Pakistan and the US should continue their holistic bilateral engagement.

“Afghanistan of course is the most important and immediate issue, but these talks are focused on how to move forward on multiple issues,” he said. “This week’s meeting is a follow-up to take stock of the process.”

Pakistan, he said, did not have the “luxury of indulging in ifs and buts” when it comes to Afghanistan because every development there has a direct impact on Pakistan.

According to him, Pakistan’s main concern remains peace in Afghanistan, and it would only come “if all factions sit together and accept a political solution”.

Explaining why an intelligence chief had to participate in the talks, he said, “We needed direct technical input. This was not a high-level political visit and focused on technical issues, nuts and bolts.”

Yusuf acknowledged that there have “been ups and downs in US-Pakistan relations but we need to work ahead. And we got a very positive response in terms of moving forward.”

He urged the media not to expect an overnight, revolutionary change in US-Pakistan relations because of these meetings but to remember that “we are focused on substance and have an agreement on how to move forward.”

The process of rebuilding US-Pakistan ties began with the Geneva meeting between the two NSAs.

“These are structure-built, high-level talks, using multiple channels,” said Yusuf. The talks, he said, would continue towards rebuilding ties but “you may not get the same feeling as you did in the past of big meetings, big pictures and headlines. These talks are now result-oriented. The focus is on substance, not optics”.

Yusuf disagreed with the suggestion that Pakistan had the influence to force the Afghan Taliban to do what they did not want.

“We have modest, minimal leverage, but if we had the influence some say we do, we would have stopped them from destroying the Bamiyan Buddhas in the 1990s,” he said. “We could have at least persuaded them to force out the TTP.”

He also said that Pakistan cannot bear the burden of hosting more Afghan refugees and that arrangements should be made to keep displaced Afghans inside their country instead of pushing them into Pakistan.

“But if a situation arises, it is the responsibility of the international community to create a secure area inside Afghanistan,” he said when asked if Islamabad was ready to accept more refugees from Pakistan.”