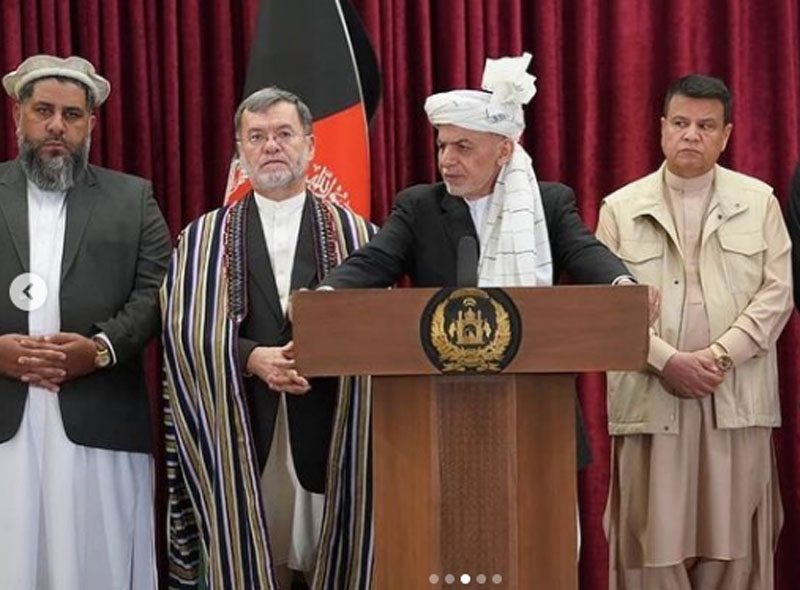 Kabul: Afghanistan has given a strong message to the terror group as it asked the international community, human rights agencies, and the International Criminal Court (ICC) to strongly condemn reprehensible violence and crimes committed by the Taliban within Afghanistan and its continued links to international terrorist groups.

"The Government of the Islamic Republic of Afghanistan calls on the international community, human rights agencies, and the International Criminal Court (ICC) to cooperate with the Afghan Government in preventing the Taliban’s organized atrocities and prosecution of the perpetrators to put an end to impunity in Afghanistan.” the Afghanistan Ministry of Foreign Affairs said in a press release on Sunday.

"The Government of the Islamic Republic of Afghanistan, while appreciating the independent verified international agencies’ efforts in confirming the Taliban’s non-compliance to their international commitments and the Doha Peace Agreement, stresses the need to convene an extraordinary meeting of the Human Rights Council and dispatching a fact-finding delegation to assess and follow up on the Taliban’s violations and crimes against humanity," read the statement.

Taliban is witnessing a resurgence of violence ever since foreign forces started to move out of Afghanistan.

The Taliban has started capturing several regions in the country.