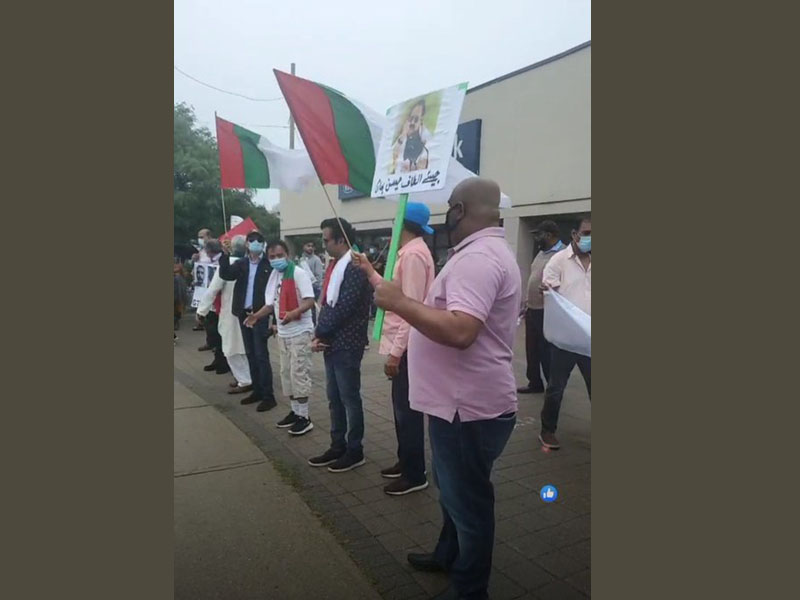 Protestors had gathered in front of 10 Downing Street. They included MQM dignitaries, office bearers, sympathisers and Mohajirs in large numbers who live in London, reports ANI.

The purpose of the protest was to draw attention of the British authorities, government especially the sitting Prime Minister Boris Johnson towards premonitions that have been cemented that Hussain's life is in serious jeopardy, the news agency reported.

Loud slogans of “ Jeye Altaf “ by the workers of MQM in protest at @10DowningStreet London #MQMProtestAt10Downing pic.twitter.com/ECqFkJnR4H

The protest is taking place at a time when Prime Minister Imran Khan in Pakistan's parliament vowed to "assassinate" Altaf Hussain in a drone attack provided the British government would allow them to carry such an operation in London.

MQM Central Coordination Committee Convener Tariq Jawaid while addressing to the protestors said that the government of Pakistan, military establishment and intelligence agencies have been hatching "conspiracies to assassinate" Altaf Hussain.