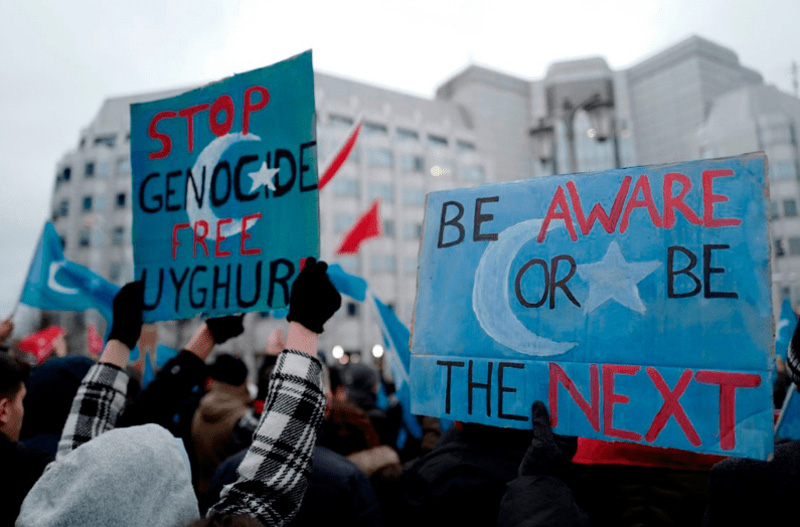 The Canadian government has expressed deep concern about the human rights situation in the Xinjiang Uyghur Autonomous Region.

"Credible reports indicate that over a million people have been arbitrarily detained in Xinjiang and that there is widespread surveillance disproportionately targeting Uyghurs and members of other minorities and restrictions on fundamental freedoms and Uyghur culture,"  Canada's Ambassador and Permanent Representative to the UN in Geneva Leslie Norton said at the UNHRC meeting on behalf of 40 countries."

"There are also reports of torture or cruel, inhuman and degrading treatment or punishment, forced sterilization, sexual and gender-based violence, and forced separation of children from their parents by authorities," the envoy said.

The statement has been supported by several nations like Germany, France, Italy, Japan, Australia, Britain, Spain and the United States.

Norton said China give immediate low, immediate, meaningful and unfettered access to Xinjiang for independent observers, including the High Commissioner, and to urgently implement the Committee on the Elimination of Racial Discrimination’s 8 recommendations related to Xinjiang, including by ending the arbitrary detention of Uyghurs and members of other Muslim minorities.

"Finally, we continue to be deeply concerned about the deterioration of fundamental freedoms in Hong Kong under the National Security Law and about the human rights situation in Tibet. We call on Chinese authorities to abide by their human rights obligations," Norton said.