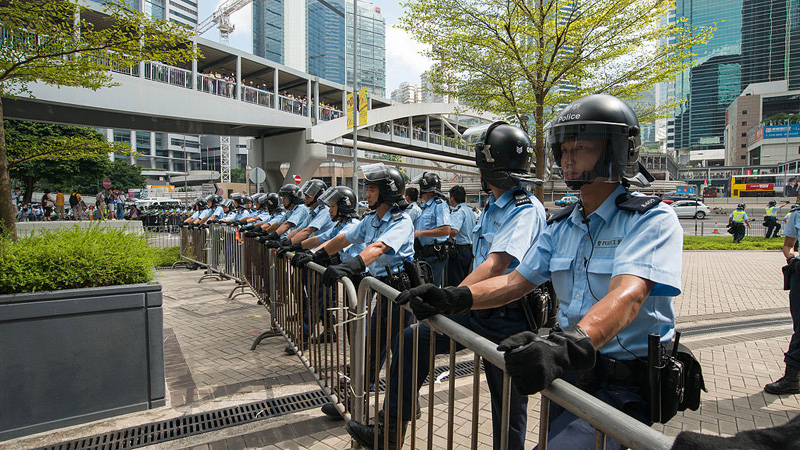 The headquarter of the newspaper was raided by the police on Thursday and five senior executives were arrested on suspicion of violating the national security law.

UK Foreign Secretary Dominic Raab on Thursday targeted China over the raids and arrests at Apple Daily in Hong Kong and said it demonstrated Beijing is using the National Security Law to target dissenting voices.

"Today’s raids & arrests at Apple Daily in Hong Kong demonstrate Beijing is using the National Security Law to target dissenting voices, not tackle public security. Freedom of the press is one of the rights China promised to protect in the Joint Declaration & should be respected," Raab tweeted.

Some 500 policemen raided the offices of pro-democracy paper Apple Daily in Hong Kong by alleging that the report published by it breached a national security law.

Police also arrested the editor-in-chief and four other executives at their homes. It also froze HK$18m ($2.3m; £1.64m) of assets owned by three companies linked to Apple Daily, reports BBC.

Jimmy Lai is the owner of the paper. He is currently in jail and facing several charges.

Apple Daily is known to be critical of the mainland Chinese leadership, reports BBC.