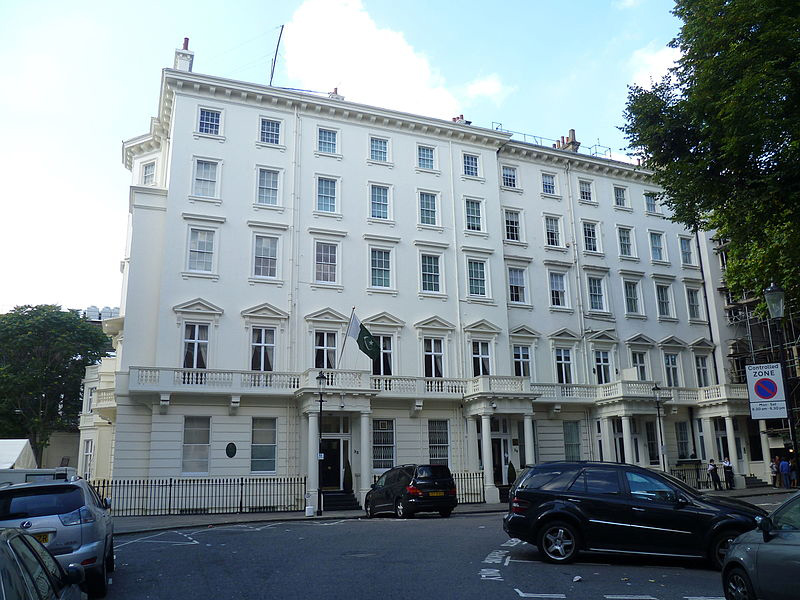 London: A group of Afghanistan people protested outside the Pakistan High Commission building in London recently to express their anger against Pakistan-supported violence and killings in Afghanistan.

The demonstrators reportedly threw stones and water bottles at the building and even tried to sneak entry during a violent protest in the police presence, media reports said.

The police tried to stop the demonstrators from entering the building.

A similar protest was held at the same time outside Qatar’s London embassy, a short distance away, against Qatar’s involvement in the ongoing Afghan peace process, but the protest there remained peaceful, reports The News International.

The Pakistan High Commission confirmed to The News that a complaint has been launched with the UK government to take action against the hooligans and bring to justice those who were involved in criminal damage at the Pakistani premises.

The spokesman said that the video footage of the damage has been shared with the UK government authorities, requesting security arrangements in the same way as extensive security measures outside the premises of Israeli and Indian embassies in London – the two sites often the subject of protests by the rights groups.