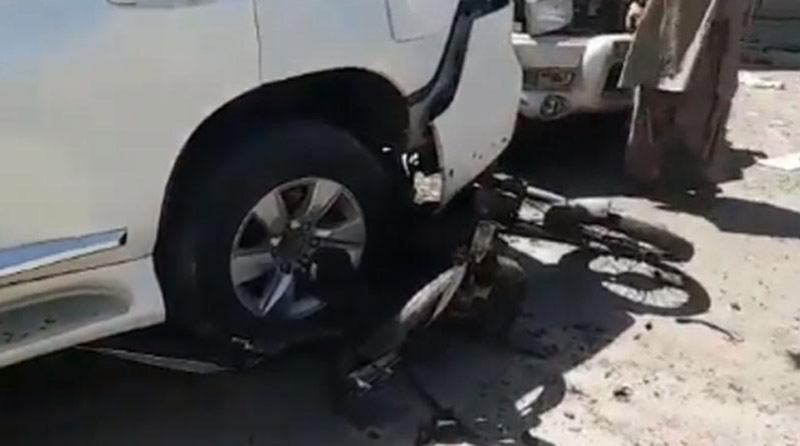 Chaman: The death toll due to a bomb blast during a pro-Palestinian rally in Pakistan's Chaman city on Friday has touched seven, media reports said.

Senior local police official Ahmad Mohiuddin told Geo News explosives were packed into a motorbike parked near the vehicle of a religious leader taking part in the rally.

"It was an improvised explosive device which went off as participants began to disperse," Tariq Mengal, a senior local administration official, told the news channel.

As per Dawn News, three Jamiat Ulema-i-Islam (Nazaryati) leaders were killed in the blast.

JUI-N’s naib emir Maulana Abdul Qadir Luni, who according to officials was the target of the attackers, suffered injuries in the bombing, reports the Pakistani newspaper.