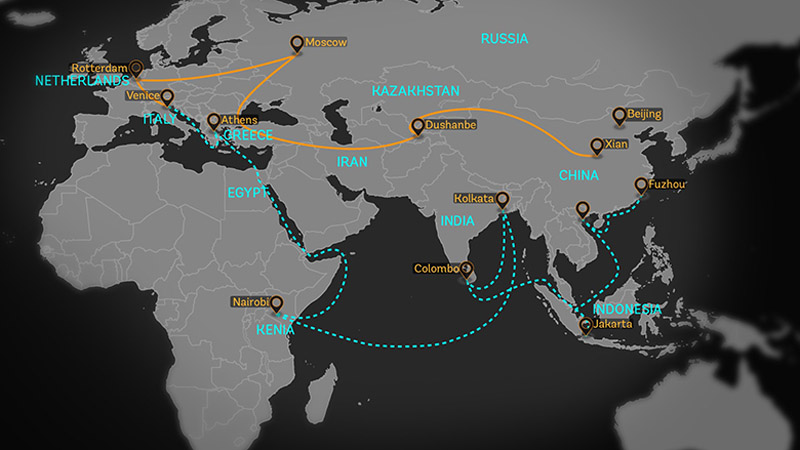 Myanmar, the country hit by a serious political crisis, has reorganized three crucial committees as it pushes ahead with plans to implement giant infrastructure projects that are a key part of China’s Belt and Road Initiative (BRI).

The country's military regime has decided to move forward with the project  despite the political crisis caused by the junta’s coup and protests against China over its suspected support for the regime.

Anti-China sentiment has risen sharply in Myanmar since the Feb. 1 coup. Pro-democracy protesters have called for people to oppose all Chinese projects and to boycott Chinese products, after China and Russia blocked efforts by the United Nations Security Council to condemn the military takeover, reports The Irrawaddy.

The latest official gazettes reveal that the junta ousted all civilian government members of the China Myanmar Economic Corridor (CMEC) Joint Committee in March and replaced them with its own appointees.

The committee plays a crucial role in engaging with Beijing on the implementation of BRI-related bilateral economic development projects, including determining key projects, signing Memorandum of Understanding and conducting government to government negotiations, the newspaper reported.

China had signed the agreement on CMEC in 2018 with the ousted National League for Democracy (NLD) government.

The estimated 1,700-kilometer-long CMEC is a crucial part of the BRI and will connect Kunming, the capital of Yunnan in southwest China, with Myanmar’s major economic hubs — first to Mandalay in central Myanmar, then east to Yangon and west to the Kyaukphyu Special Economic Zone (SEZ) in Rakhine State, reports The Irrawaddy.