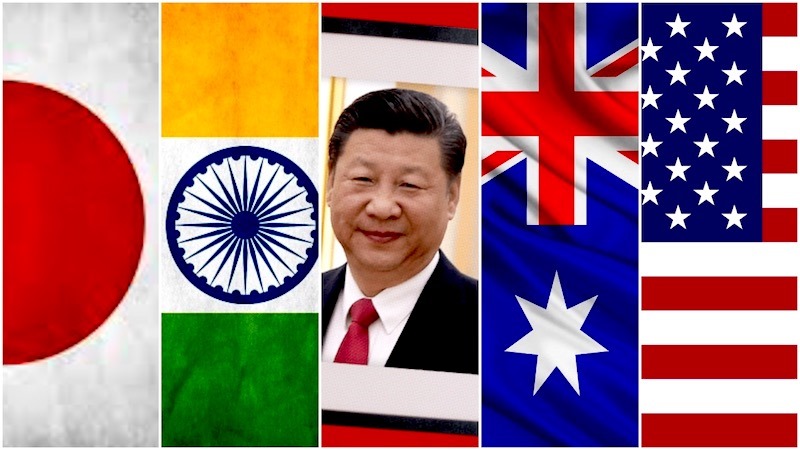 Expert believes China forcing India, Australia, Japan and US to unite in preparation for major conflict

A senior geopolitical expert has said  China's international aggression is causing countries to band together.

During an interview with Express.co.uk, Gordon Chang insisted members of Quad (Quadrilateral Security Dialogue) are banding together against China due to its actions in the South China Sea region.

While an outright military conflict between Australia and China remains unlikely, Chang insisted more cooperation was likely between these countries in case the situation escalated.

Chang said: "Australia is one of the four members of the Quad."

"That is the nations comprised of the United States, Australia, Japan and India," he said.

"These four nations are acting in closer coordination," he said. "They are operationalising their understandings and part of that is military," Chang said.

"China's spat with Australia right now could in some way end up being a military conflict," Chang said.