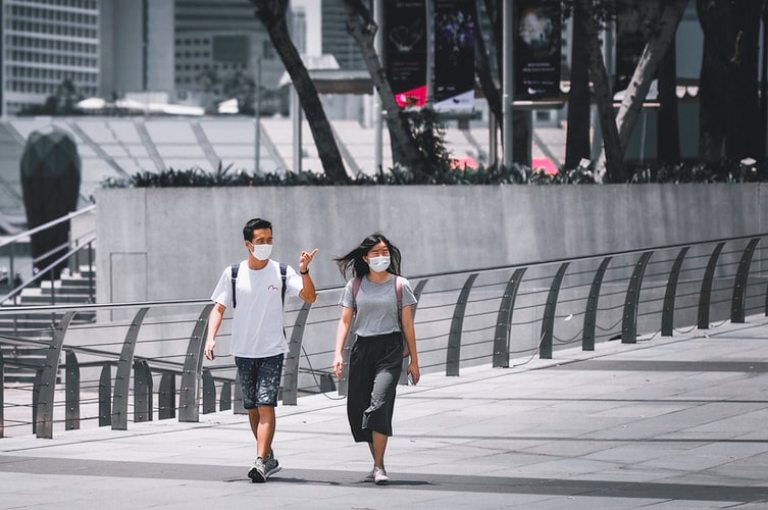 Singapore/IBNS: Singapore has decided to close all schools from Wednesday as authorities have warned that new coronavirus strains like the one first detected in India were affecting more children in the city-state.

At a virtual news conference late Sunday, authorities had announced that primary and secondary schools, as well as junior colleges, would shift to full online learning from Wednesday until the end of the school term on May 28.

Health Minister Ong Ye Kung told a news conference on Sunday that the B.1.617 strain "appears to affect children more". The strain was first detected in India.

Amid a rise in Coronavirus cases, Singapore has already returned to lockdown-like conditions for four since Sunday weeks with a complete ban in dining-in.

The ban will be imposed until June 13 during which the government will put out a ban on large social gatherings.

Households are permitted to have only two visitors and food joints have been allowed to serve only take-aways as well as deliveries.

The country recorded 38 new Covid cases locally as of Sunday, with more than half coming from a cluster originating from Changi Airport, Bloomberg reported.

The new rules are the most restrictive ones in the country since Singapore went into a partial lockdown in April last year, where schools and most workplaces were closed except for essential services and key economic sectors.

Officials at a media briefing on Friday emphasized the need to stay at home and only go out for absolutely necessary errands.

The measures will be reviewed after two weeks.

During the restrictions, fewer people are allowed inside shopping malls and showrooms while a maximum of 100 people allowed at business meetings and live performances with pre-event testing. Wedding receptions will not be allowed, said reports.