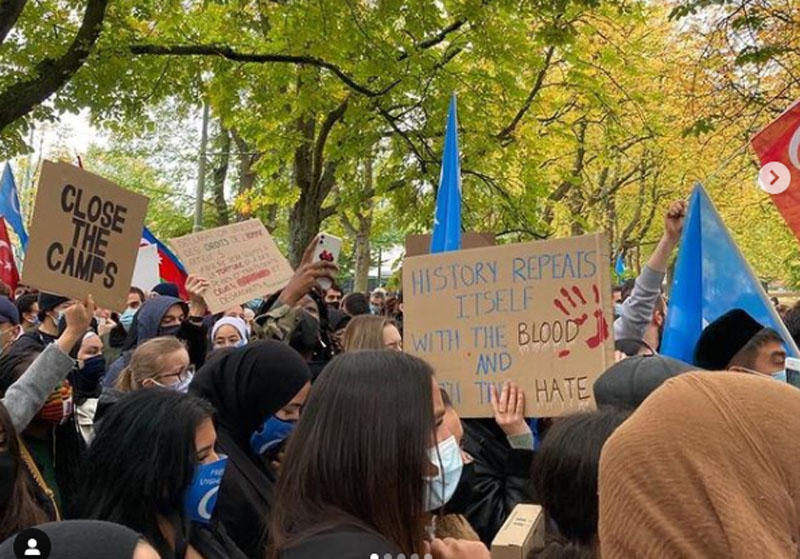 Beijing: An investigation has found that the global production of solar panels is using forced labour from China's Uyghur Muslims in Xinjiang province.

The People’s Republic of China (PRC) has placed millions of indigenous Uyghur and Kazakh citizens from the Xinjiang Uyghur Autonomous Region (XUAR or Uyghur Region) into what the government calls “surplus labour” and “labour transfer” programmes.

An official PRC government report published in November 2020 documents the “placement” of 2.6 million minoritised citizens in jobs in farms and factories within the Uyghur Region and across the country through these state-sponsored “surplus labour” and “labour transfer” initiatives, says the research by the UK's Sheffield Hallam University.

The government claims that these programmes are in accordance with PRC law and that workers are engaged voluntarily, in a concerted government-supported effort to alleviate poverty.

However, significant evidence – largely drawn from government and corporate sources – reveals that labour transfers are deployed in the Uyghur Region within an environment of unprecedented coercion, undergirded by the constant threat of re-education and internment, says the report.

The evidence of forced labour in the Uyghur Region is expansive and growing. The Forced Labour Lab is committed to making evidence and data regarding the oppression of minoritised citizens in the Uyghur region available to the public, says the report.