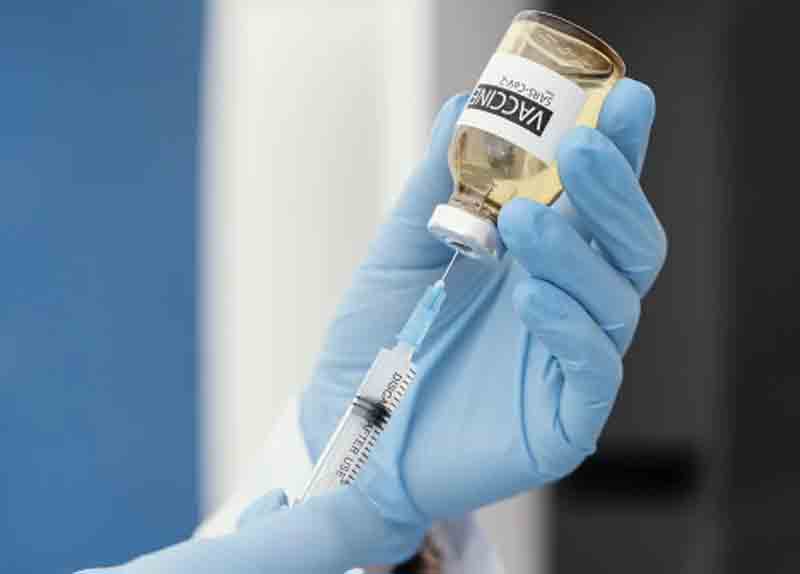 Initially refused, a 57-year-old woman Dibya Devi Kshetri got her Covid vaccine jab after hours of wait at a Nepal government hospital, but many others elsewhere in the Himalayan nation had to return disappointed.

Poor planning on accessibility, target groups, lack of awareness campaign and vaccine hesitancy are citied as reasons for the poor rate of vaccination from Covid 19, Kathmandu Post reported.

The line of people waiting to get inoculated at Maharajgunj’s Nepal Police Hospital in Kathmandu was a long one. After kshetri waited for several hours in the queue, hospital staff told her and the others not to wait, as the hospital did not have sufficient doses of the Chinese vaccine to inoculate them.

“I waited more than three hours for the vaccine and then they said that we should not wait for the jabs,” Kshetri complained. “I would not have come and waited for hours had they informed me that they did not have sufficient doses.”

And then the hospital administration asked over 300 people, who reached the hospital seeking immunisation, to wait. It sent hospital staff to the central vaccine storage site at Teku to bring more vaccines and finally inoculated them, the report said.

Kshetri was one of them but others elsewhere had to return home without getting immunised against Covid-19 from centers like Om Hospital, Kathmandu and Nepal Mediciti Hospital, Lalitpur because of lack of vaccines there unless they persisted and went around looking where they could get immunised.

“My husband and I waited hours at Nepal Mediciti Hospital to get a coupon to get inoculated,” a woman in mid-30s, who is pursuing higher education in China, told the Post.

But when they couldn’t get a coupon, they tried their luck elsewhere.

“We came to Police Hospital, as we could not get a coupon at Mediciti since the queue was too long and people started to quarrel,” she said. “But it was not easy to get shots here either.”

It is not that Nepal has run out of vaccines.

Although Nepal began its vaccination campaign on January 27 with Covishield [AstraZeneca] vaccine manufactured in India, with its stock depleted and no certainty when the additional doses will be available again, it stopped vaccinating people with the AstraZeneca vaccine, and began using the 800,000 doses of Covid-19 vaccine provided by China under grant assistance from April 7.

But only around 100,000 of the Chinese vaccines had been used as of Sunday, according to Jhalak Gautam, chief of the National Immunisation Programme.

“Despite having thousands of doses of vaccine in stock, we have not been able to immunize our people,” Dr GD Thakur, former director at the Epidemiology and Disease Control Division, told the Post. “What could be a shameful failure than this. It is not because we do not have vaccines, capacity and human resources but people in authority are not taking the risk seriously.”

The reason for such a low intake although this phase of the vaccination campaign ended Sunday seems to be inadequate planning by authorities.

The government first targeted all essential workers, who the government defined as postal and telephone service providers, public transport workers; water supply and distribution staff; tourism sector—hotels and restaurants—employees, and workers engaged in production, sale and distribution of medicines, electricity supply, storage and transportation of consumer goods; businessmen and truck drivers who need to travel to China frequently; and Nepali students pursuing higher education in China but stuck in Nepal due to the pandemic.

It then included people between 40 and 59 years of age from March 12.

According to sources within the Ministry of Health, reasons included only 23 immunisation centers operated to administer the Chinese vaccines. There was also confusion about who are essential workers and who are not, lack of awareness drive, and hesitation among the public about the efficacy and safety of the Chinese vaccine.

Experts have said that inactivated BBIBP-CorV vaccine, developed by Sinopharm, an affiliate of the Chinese state-backed pharmaceutical giant Sinopharm, is safe and well tolerated as reported in The Lancet.

According to Gautam, immunisation with Chinese Covid-19 vaccine was slow, as people did not seek immunisation in the initial days.

Gautam said the vaccine could not be provided from many centers, as a decision was made to inoculate from hospitals only.

While the government has not been able to make use of the vaccines at its disposal, the number of Covid-19 cases has been rising.

The ministry on Sunday said 1,096 cases were recorded in the last 24 hours, the first time since December 11 that the number crossed the 1,000 mark.