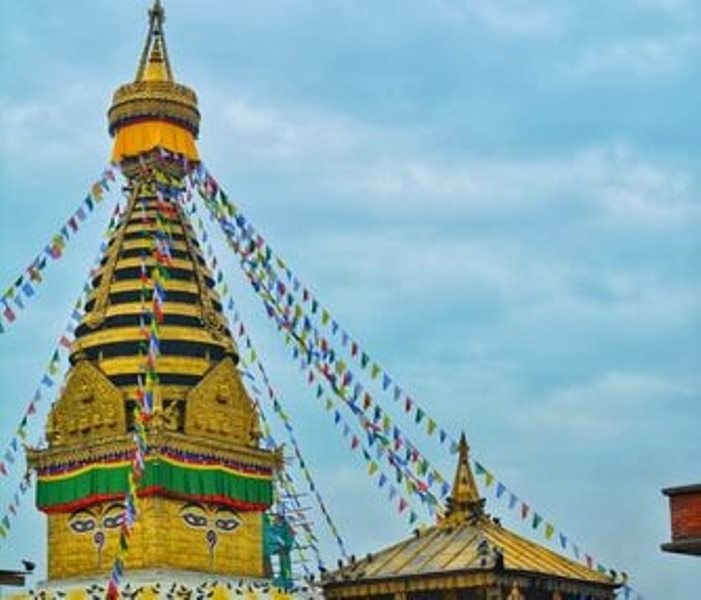 The multilateral funding agency said Nepal could boost its exports twelvefold, which represents an opportunity to create around 220,000 new jobs.

In the last fiscal year 2019-20 ended mid-July, shipments from Nepal were worth $835 million while imports valued at $10.22 billion flooded in, resulting in a gargantuan trade deficit of $9.39 billion, the agency report said.

The World Bank has termed Nepal’s export potential as 'missing exports' in the special focus section under the theme 'Harnessing Export Potential for a Green, Inclusive, and Resilient Recovery'.

“This export potential represents an opportunity to create an estimated 220,000 new jobs, with significant implications for productivity growth. Realising that potential is not unrealistic in the medium term,” said Kene Ezemenari, World Bank senior economist and lead author of the update, at a virtual meeting organised by the Society of Economic Journalists-Nepal on Monday.

According to the Department of Customs, Nepal’s trade deficit crossed the Rs1 trillion ($9.95 billion) mark in 2017-18 as imports surged amid slowed domestic output and consequent sluggish export revenues.

If Nepal's export growth rate had been able to keep up with the South Asian average since 2000, the unrealised export potential would have been slashed by 73 percent, the World Bank said.

The country’s export growth has been stagnant over the past two decades, it said. “Indeed, with export growth at four percent on average since the turn of the century, Nepal features among the 20 countries in the world with the least dynamic exports,” the report added.

The multilateral funding agency said stronger exports could help increase Nepal’s economic resilience, and accelerate recovery from the devastating shock that the Covid-19 pandemic has posed for the private sector.

“Exports can not only bring foreign currency into the economy to finance well-needed imports, but also spur the creation of ‘good jobs’ in higher value-added activities,” the report said. “Indeed, export orientation tends to drive productivity gains through increased scale and exposure to sophisticated global clients.”

The report recommended that Nepal reform the tourism sector through private sector coordination to meet the expected post-pandemic changes in demand and preferences, and develop nature-based tourism, with potential to support job creation and inclusive growth.

The Himalayan nation needed to simplify and streamline processes for multinationals setting up shop in Nepal, besides actively engaging in economic diplomacy to attract foreign direct investment and modernise export promotion.

The World Bank also suggested reduction in trade costs, particularly given the country’s landlocked location and the mountainous terrain, and curtailment of import duties—mainly on raw materials and intermediate

Investments to improve phytosanitary infrastructure will be needed for increased standards and safety of exports, besides measures to boost digital trade, and e-commerce in general, the report said.

He said that as per the bank’s recommendation, the government was ready to discuss ways to reduce trade costs and import duties, and promote digital or e-commerce to energise Nepal's trade dynamics.

The Covid-19 pandemic caused Nepal’s first economic contraction in 40 years. Nepal’s economy shrank by 1.9 percent in the last fiscal year 2019-20 as prolonged nationwide mobility restrictions from March to July 2020 significantly impacted all sectors of the economy.

The effect of the lockdowns and restrictions was pronounced on the services sector whose output fell by 3.6 percent. Tourism ground to a halt, which had a ripple effect on tourism-linked activities and transport. Wholesale and retail trade was also hit hard.

The World Bank said about one million jobs were believed to have been lost in services linked to tourism and transport.

Agriculture remained the single driver of growth, expanding by 2.2 percent despite fertiliser shortages and disruptions in distribution channels.

The World Bank has warned that Nepal’s economic outlook is still gloomy.

“Delays in the deployment of vaccines and new outbreaks domestically or globally would dampen the nascent recovery momentum, with a particularly detrimental impact on tourism,” the report said.

“Also, widespread or global outbreaks could cause a return to travel restrictions, leading to a reduction in outmigration and remittances.”

The recent political uncertainty, if prolonged, may further undermine the investment sentiment, according to the report.

Political instability heightened last December when Prime Minister KP Sharma Oli dissolved the House of Representatives. In February, the Supreme Court overturned the decision and reinstated the lower house, leading the two-party majority coalition to split into their former selves in March.

“Finally, should there be another dissolution of Parliament or similar level of political incident as occurred recently, this could dampen investor sentiment,” said the report.