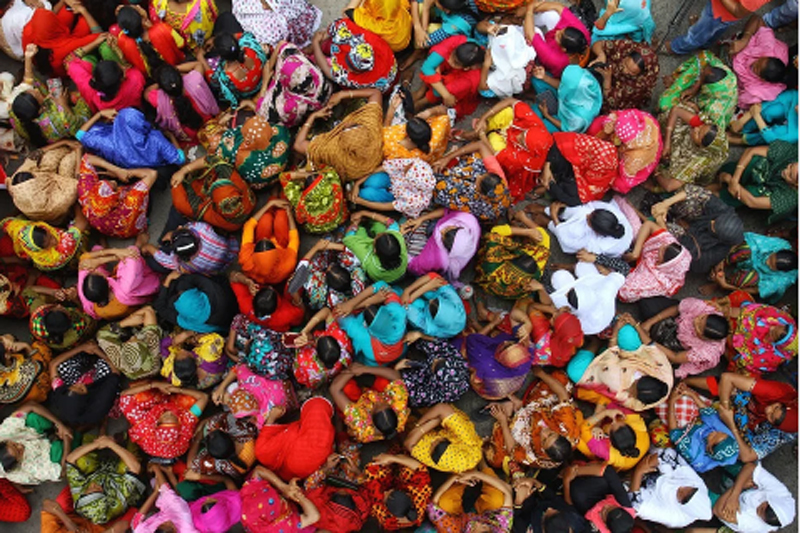 Bangladesh is the most gender-equal country in South Asia for the seventh time in a row, according to the Global Gender Gap Report produced by the World Economic Forum (WEF).

Bangladesh has managed to stay ahead of its regional neighbours since 2014.

But despite being the best performer in the region, Bangladesh has slipped 15 notches to rank 65th among 156 countries on the WEF Global Gender Gap Report 2021, which benchmarks countries based on how close they are to reaching gender equality, according to the Dhaka Tribune.

According to the 15th edition of the report, which was published on March 31, Bangladesh’s overall gender gap has widened by 0.7 percent which caused its global position to deteriorate. However, Bangladesh is the only South Asian nation in the top 100 countries globally, and has closed 71.9 percent of its overall gender gap so far.

Nepal has been ranked second best in the region, as the country narrowed the overall gender gap by 68.3 percent and holds the 106th position globally.

Sri Lanka has ranked third in the region after closing the gender gap by 67 percent and placed at the 116th position on the index, followed by the Maldives at 128th position and Bhutan at 130th position.

India was placed at the 140th position, third from the bottom, in the region, while Pakistan stands 153rd globally, being the second-worst performer in the region.

Afghanistan was named as the least gender-equal country in the world, with the gender gap closed by 44.4 percent.

Region-wise, South Asia is the second-lowest performer after the Middle East and North Africa combined, bridging 62.3 percent of its gender gap. It is now expected to take 195.4 years to close the gender gap.

Iceland is the most gender-equal country in the world for the 12th time, being closest to achieving gender equality. It has narrowed the gender gap by 89.2 percent, followed by Finland 86.1 percent, Norway 84.9 percent, New Zealand 84 percent, and Sweden 82.3 percent.

The scores placed Bangladesh at 147th in economic participation and opportunity, 121st in educational attainment, 134th in health and survival, and 7th in political empowerment.

Bangladesh's declining performance is almost entirely due to a reversal in closing the "economic participation and opportunity" gender gap, which measures labor force participation, wage equity for comparable jobs, estimated earned income, and the proportion of women among politicians, senior officials, and managers, as well as among professionals and technical staff, the newspaper said.

The country has made more gains in terms of "political empowerment" than in terms of gender equity, with 54.6 percent of the gender gap closed so far.

"Bangladesh is the country where a woman has been in a head-of-state role the longest (27 years) over the past 50 years. Yet, more must be done to involve women at all levels of political life," the report said.

In terms of educational attainment that depends on literacy rate and enrolment in primary, secondary, and tertiary education, Bangladesh has made remarkable progress bridging 95.1 percent of the gender gap.

As many as 37 countries have already attained gender parity in this regard.

As the impact of the COVID-19 pandemic continues to be felt, the global gender gap seems to have been extended by a generation from 99.5 years to 135.6 years, it said.