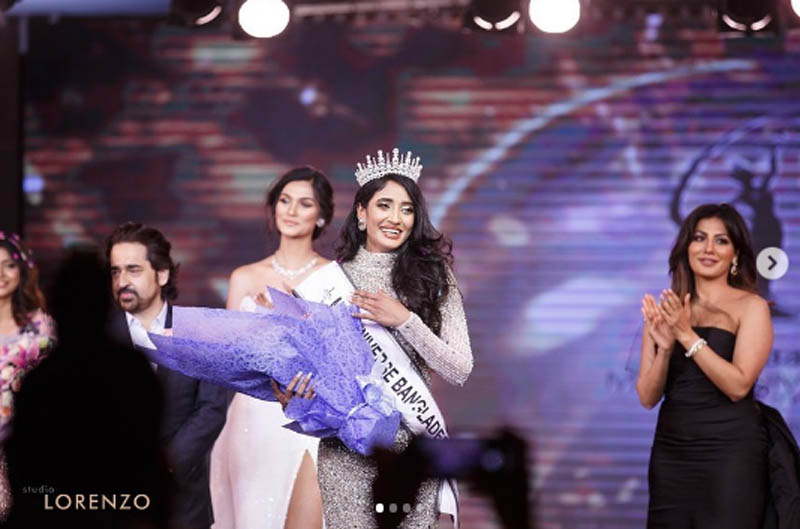 Methila triumphed over nine other finalists to clinch the title in a national final held at the Radisson Blu Dhaka Water Garden in Dhaka on Saturday,

Farzana Yasmin Ananna and Farzana Akter Ani were the first and second-runner up respectively, according to The Daily Star.

Methila is a brand ambassador to several national and international brands in Bangladesh including Tresemme and more. She has also been the showstoppers of major fashion week and fashion shows in the country.

Besides her modeling career, Methila is also an alumna of the University of Liberal Arts Bangladesh (ULAB) in Dhaka.

In addition, five contestants were nominated in five different categories, according to their special qualifications.

"The winner will represent Bangladesh on the 69th main stage of the Miss Universe 2020 pageant, which will be held in Hollywood, USA on May 16, 2021," Rafiqul Islam Duke, President, Miss Universe Bangladesh said.

"We are very optimistic about Methila. Our goal now is the main stage of Miss Universe," he added.