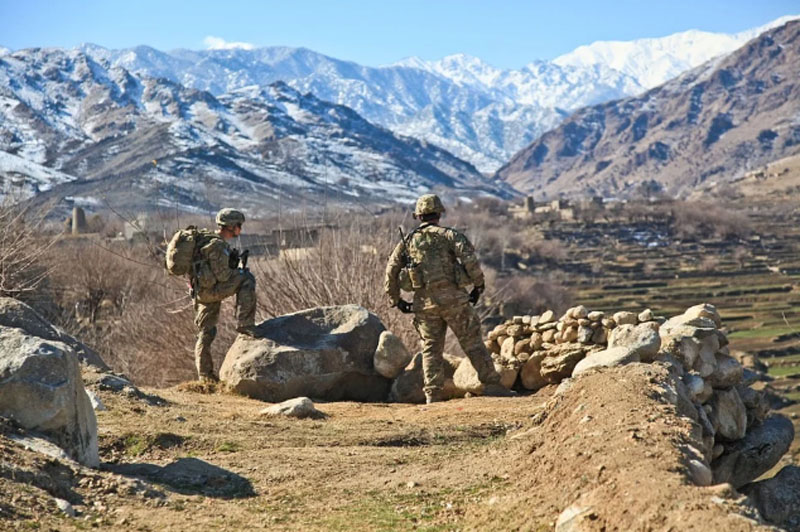 Taliban warns US against keeping troops in Afghanistan beyond May 1

The Taliban has warned the United States against keeping foreign troops in Afghanistan beyond 1 May, saying any stay beyond the deadline would continue violence in the country, reported TOLOnews.

The Afghan insurgent group issued a statement presumably in response to an earlier statement by US President Joe Biden where he said meeting the May 1st deadline would be “hard’ for “tactical reasons.”

Under the Doha deal, signed on 29 February 2020 by the previous Trump administration, the United States agreed to withdraw all foreign forces from the war-torn country by 1 May in exchange for the Taliban’s assurance of cutting its ties with terror groups and negotiating a power-sharing deal with the Afghan government.

Now, as the deadline closes in, the warring Afghan sides, which have been on the negotiation table for over five months now, are nowhere close to any political settlement. Furthermore, since the signing of the Doha deal, the position of the Afghan government, both politically as well as militarily, has weakened.

The full withdrawal of foreign forces by 1 May, experts warned, might risk the survival of the Afghan government, which still remains a key reliable US partner for its counter-terrorism objectives in the country.

On the other hand, the Taliban has made it clear that they would consider it a violation of the Doha deal, and the group would continue its Jihad and fight against the foreign troops. So far, the Taliban has not attacked foreign forces in the country since the signing of the deal in 2020.

Speaking to TOLOnews, Taliban’s spokesperson Mohammad Naeem said, “there is no reason for the US troops to stay in Afghanistan.” The group asked the US to abide by the deal and said it was the best way to resolve the conflict in Afghanistan.

In the statement, the insurgent group claimed they remained committed to the last year’s February deal. In reality, the group has neither reduced violence nor cut off its ties with terror groups; both of which were parts of the deal.

The Biden administration-which has been currently reviewing the US-Taliban deal- has proposed fresh diplomatic initiatives, giving primacy to form a regional consensus.

Also, the next month, Turkey would hold a conference of foreign ministers of regional countries, including of India to discuss Afghanistan.