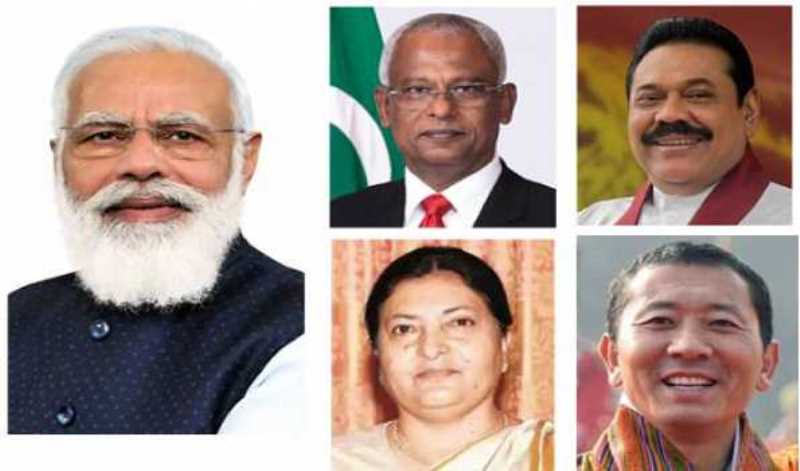 “This is a very unusual time (due to COVID). . . but heads of state and government of our neighbouring countries are coming here to pay their tributes to our Father of the Nation,” the foreign minister told a curtain raiser media briefing ahead of the 10-day celebrations from March 17.

“It’s a historic event for Bangladesh as five heads of state and government never (without any summit) visited here within the time span of 10 days,” Momen said.

Indian Prime Minister Narendra Modi and four heads of state and government from Nepal, Sri Lanka, Bhutan and the Maldives will be among the distinguished foreign guests to join the celebrations under separate schedules.

The five South Asian heads of states and government would join separately some identical programmes as part of the celebrations while Modi’s visit would be an extended one which would take him to three places outside Dhaka in Bangabandhu shrine in Tungipara.

Momen said Dhaka is expected to sign at least three MoUs with India.

“These (MoUs) are not final yet … all are still being worked out,” he said.

Masud bin Momen said the MoUs were likely to be signed on the field of disaster management and cooperation between some institutions of both the countries.

“We are still working on every MoUs .. we will get the final scenario regarding the MoUs within one or two days,” he said.

The foreign state and government heads would arrive and depart Bangladesh on different dates from March 17 while Modi was set to join the main Independence Day celebrations on March 26.

According to the schedule, all the foreign leaders would visit the National Memorial in Savar to pay homage to the independence martyrs, Bangabandhu Museum at Dhanmondi 32 to pay tribute to Bangladesh’s founding father, watch special military parades and join state banquets.

The Indian premier is also set to visit Bangabandhu shrine at (his village home) in Tungipara and two Hindu temples outside Dhaka — one in Gopalganj and the other in Satkhira.

Maldivian President Ibrahim Mohamed will be the first top foreign dignitary to arrive on a three-day Bangladesh tour on March 17. He will be followed by Sri Lankan’s premier Mahinda Rajapaksa. He will arrive on a two-day tour from March 19.

Modi will arrive on March 26 and depart Dhaka on the next day.