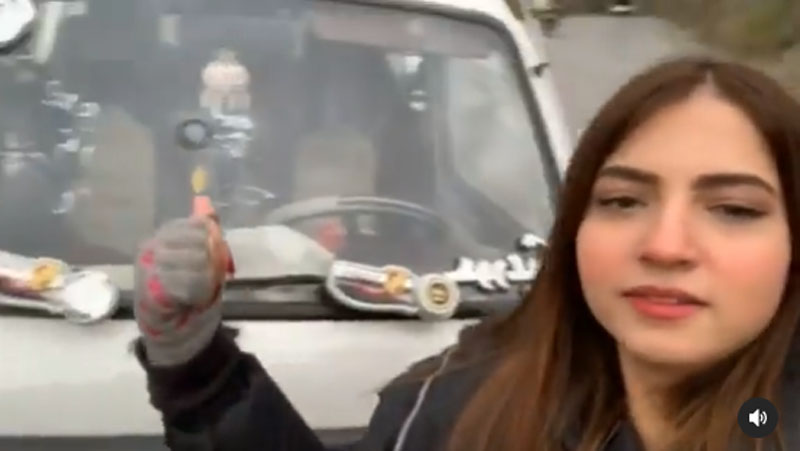 Karachi: A 19-year-old Pakistani girl and her five second video clip have become a social media sensation across neighbouring nation India where many people, including Bollywood actress Deepika Padukone, are seen making their own versions of the 'pawri' clip and memes.

In her short video, Dananeer Mobeen, who has now become a household name in both the nations, could be seen enjoying her time on a road.

Swinging around the device she is filming the video, the girl shows her friends standing behind her and says, “This is our car, this is us, and this is our party [she pronounced pawri] taking place here.”

The manner in which the teen pronounced the word 'party' as 'pawri' touched the hearts of millions of people across India and Pakistan. Soon, lots of social media posts, videos and hashtags started going viral online in both the nations.

In India, the Delhi Commission for Women used the 'pawri' monologue to create social media campaigns.

Indian dairy giant Amul also created their own version of the 'Pawri' cartoon.

In the cartoon, three girls could be seen enjoying their time eating bread and butter. The characters could be seen having a cup of tea in their hands.

Bollywood star Deepika even joined the party and created her own 'Pawri' meme with her childhood image.

A post shared by 1st insta fc he followed🙈❤ (@ranveersingh.india.fc)

In the video, Singh could be heard as saying: " "Yeh hamara gajar ka halwa hai, yeh hum hai aur yeh hamari pawri hori hai (This is my gajar ka halwa. This is me, We are having the party)."

Not only Bollywood stars, two Indian Army personnel were also touched by the 'pawri' trend when they posted a video on social media where they could be heard saying: "This is us, this is our gun, and we are patrolling here."