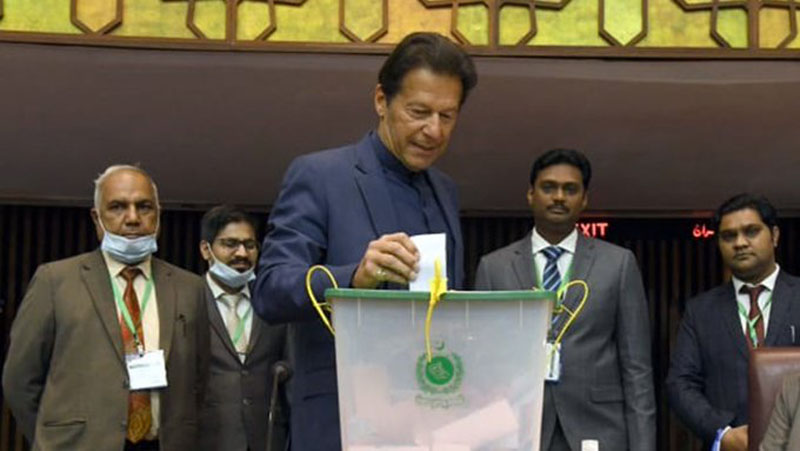 Islamabad: Pakistan is witnessing polling for the crucial 37 Senate seats on Wednesday.

Polling is taking place from 9 am to 5 pm.

The MPs are voting on 37 vacant seats of the Senate with 11 senators elected unopposed from Punjab. Now the polling is being held for 12 seats each of Balochistan and Khyber Pakhtunkhwa, 11 of Sindh and two of the federal capital, reports Geo News.

Prime Minister of Pakistan @ImranKhanPTI casts his vote for polling of #SenateElection2021 pic.twitter.com/Nckk4HGrTQ

The voting for the seats are taking place non stop.

Voting is taking place through secret ballots after a long-drawn open ballot controversy kept the ruling and opposition parties engaged in a war of words as well as a legal battle before the much-awaited Supreme Court decision, reports Dawn News.