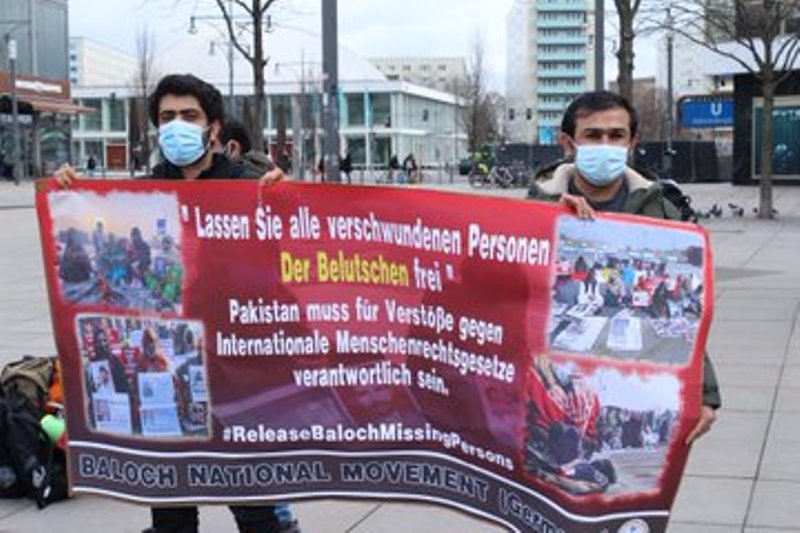 Germany: BNM members demonstrate in Berlin in solidarity with families of missing persons

Berlin: Members of the Baloch National Movement (BNM) demonstrated in Berlin city of Germany on Sunday  in solidarity with the protesting families of Baloch missing persons who were forcibly disappeared by Pakistan.

A large number of Baloch community members attended the event.

During the protest, pamphlets on missing Baloch were distributed and locals were informed about the worst human rights violation in Balochistan carried out by Pakistani security forces, where thousands of Baloch political and social activists became the victims of enforced disappearances, reports ANI.

“One of these crimes is the enforced disappearance of people. Since the occupation, Pakistan has imprisoned thousands of Baloch in dark torture cells and their whereabouts are unknown,” he said.