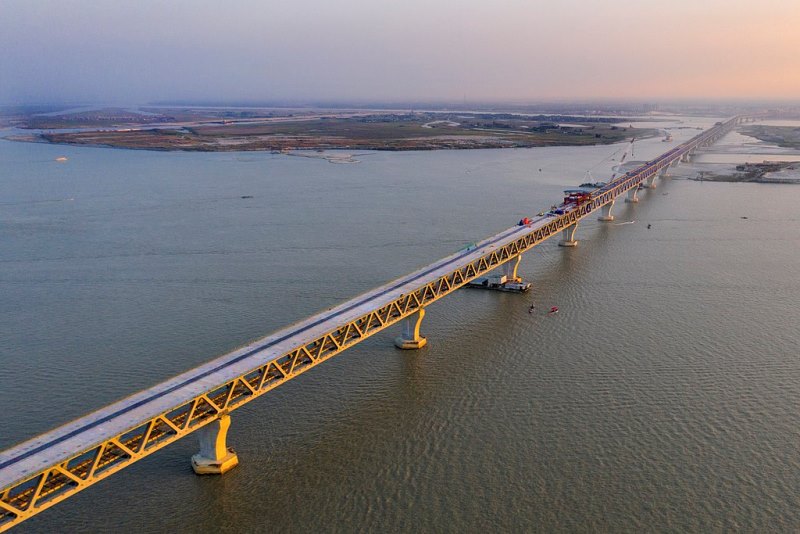 According to the release, the company blamed the Bangladesh Railway for stalling funds and not distributing them for completed work. Meanwhile, Bangladesh Railway's Director General Dhirendra Nath Mazumder told The Business Standard that he had no knowledge about the matter and requested the outlet to contact the project director.

"The Business Standard also tried to get in touch with Project Director Golam Fakhruddin A Choudhury, but he did not respond to phone calls and text messages till filing of the report. Railways Minister Nurul Islam Sujan and Secretary Salim Reza also could not be reached," The Business Standard (TBS) report said.

In the release, the CREC mentioned that it had not received any payments in between June 2018 and September 2020.

"During this long period, CREC had to borrow huge amounts of commercial loans from banks to continue the project execution," the press release said.

TBS report said: "The press release added that on 27 October, it submitted the bill for work done between June and September last year. But the Bangladesh Railway did not send the instruction to the Exim Bank of China – the financier of the project – for releasing the foreign portion of the expenses until 9 February.

"Moreover, the local portion is still pending "due to a lack of planning and coordination of Bangladesh Railway".

"Exim Bank of China will not release the foreign portion before the local portion is paid, and CREC did not receive any payment within 115 days after the bill was submitted, the release said." The company said that it has received payments for work completed in and before June 2020, adding that payments for work in the last seven months is still being processed by Bangladesh Railway.

"CREC cannot procure sufficient construction materials, and cannot pay subcontractors and suppliers in a timely manner. Project execution is naturally slowing down, and project costs are increasing day by day," the release said.

"CREC has been putting sincere efforts to keep the project going on even amidst Covid-19, but they need support and cooperation from their partners for the smooth and timely execution of the project," the release added.

Meanwhile, the project fund crisis has already been discussed multiple times during meetings by the railways ministry, the project authorities, the Planning Commission and the Economic Relations Divisions.

It identified the need of a further Tk1,201.40 crore during a meeting on January 4, following which the ministry sent a proposal for allocating an additional Tk1,801 crore. In its proposal, the ministry had said that it was not possible to pay the contractor since 93 percent of the public fund for construction had already been spent.

It prompted a budget crunch, the ministry added.

The government has allocated Tk3,684.64 crore for implementation of the project in the current fiscal year, according to the planning ministry.

From that amount, Tk2,224.52 crore has been spent in the first seven months.

The Padma Bridge Rail Link Project has been implemented from January 1, 2016, by the Bangladesh Railways. According to the latest figures, the cost of this project is Tk39,246.80 crore.

The Exim Bank of China will provide Tk21,036.69 crore. The government plans to complete the rail link within three years. It also wants to launch a train service between Bhanga and Mawa during the inauguration of the Padma Multipurpose Bridge in 2022.