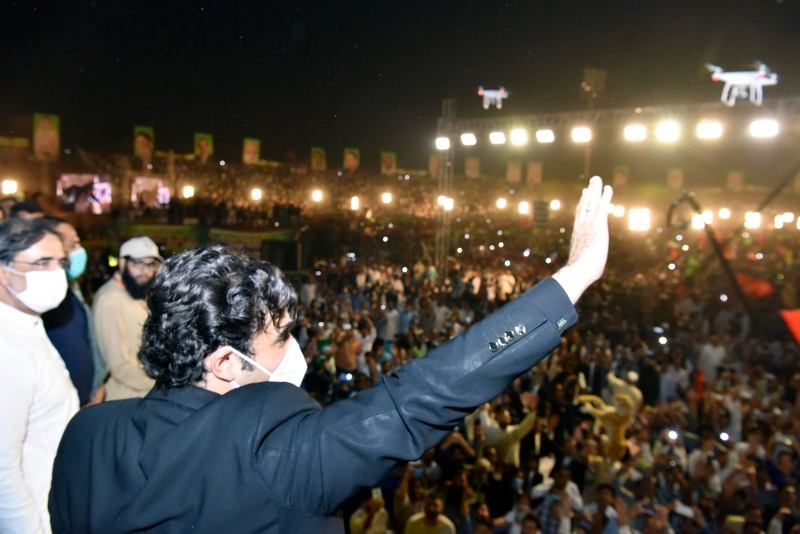 Bhutto said Imran had promised to form a Naya Pakistan "but it turned out to be more expensive Pakistan".

He was speaking in Hyderabad where leaders of the 10-party opposition alliance, Pakistan Democratic Movement (PDM), had gathered for its latest power show against the government, reports Dawn News.

He described the current Pakistan government as  "puppet, selected and formed as a result of rigging".

"He (Imran) neither needs Sindh nor Sindh's people but he wants Sindh's islands, gas, coal, tax revenue, the money you give, but he cannot spend on you or solve your problems or get you employment. He can only rob your rights but you, the people of this country will not tolerate him. We will protect our rights and our democracy and make this PM run away," the PPP leader was quoted as saying by Dawn News.